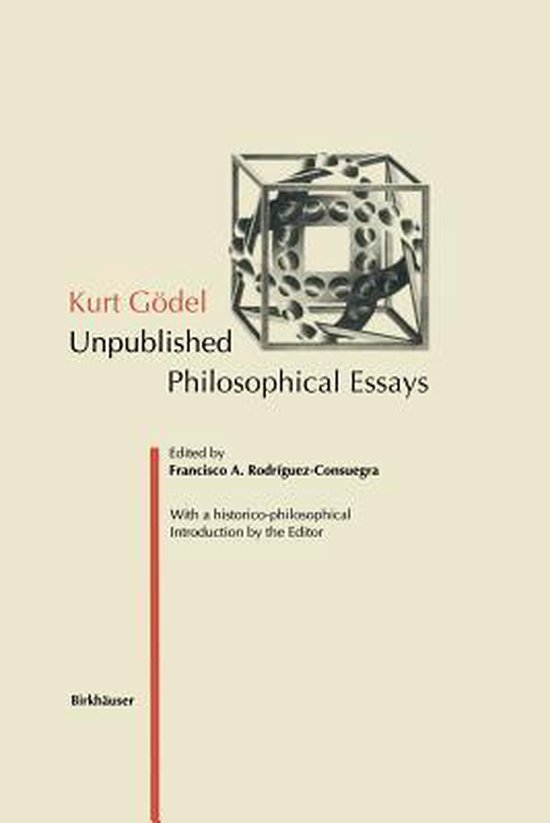 Kurt Goedel, together with Bertrand Russell, is the most important name in logic, and in the foundations and philosophy of mathematics of this century. However, unlike Russel, Goedel the mathematician published very little apart from his well-known writings in logic, metamathematics and set theory. Fortunately, Goedel the philosopher, who devoted more years of his life to philosophy than to technical investigation, wrote hundreds of pages on the philosophy of mathematics, as well as on other fields of philosophy. It was only possible to learn more about his philosophical works after the opening of his literary estate at Princeton a decade ago. The goal of this book is to make available to the scholarly public solid reconstructions and editions of two of the most important essays which Goedel wrote on the philosophy of mathematics. The book is divided into two parts. The first provides the reader with an incisive historico-philosophical introduction to Goedel's technical results and philosophical ideas. Written by the Editor, this introductory apparatus is not only devoted to the manuscripts themselves but also to the philosophical context in which they were written. The second contains two of Goedel's most important and fascinating unpublished essays: 1) the Gibbs Lecture ( Some basic theorems on the foundations of mathematics and their philosophical implications , 1951); and 2) two of the six versions of the essay which Goedel wrote for the Carnap volume of the Schilpp series The Library of Living Philosophers ( Is mathematics syntax of language? , 1953-1959).