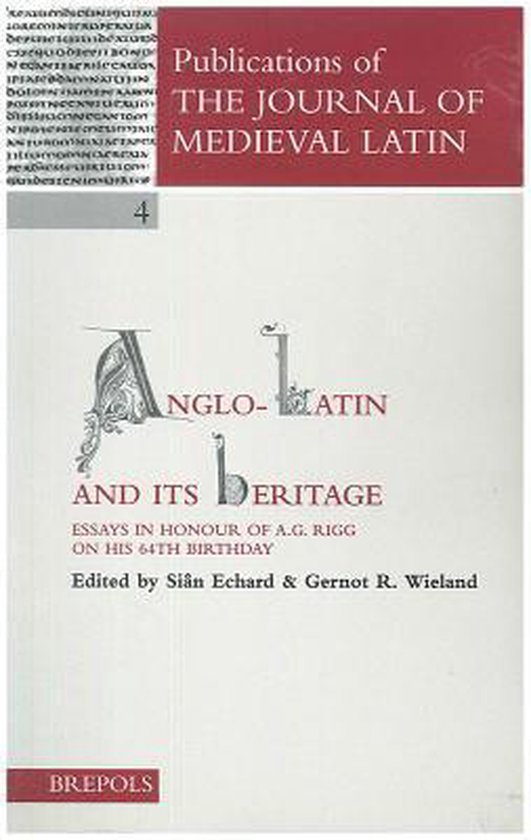 For some 40 years, A.G. Rigg has been defining the field of later Anglo-Latin scholarship, a task culminating in his History of Anglo-Latin Literature 1066-1422. Anglo-Latin and its Heritage is a collection of thirteen essays by his colleagues and students, past and present, which pays tribute to him both by exploring the field he has defined, and by making forays into its antecedents and descendants. The first section, Roots and Debts, includes essays on the migration of classical and late antique motifs and patterns of thought into early medieval Latin, and concludes with an essay which shows how a twelfth-century writer reached back into that earlier period for stylistic models. The central section of the book, Anglo-Latin Literature 1066-1422, concentrates on Anglo-Latin writers of the period most studied by Rigg himself, and the seven essays in this section include analyses of poetic style and borrowing; discussions of patterns of reading; and essays which read Anglo-Latin works through their specific historical and cultural contexts. Two of the essays are elegant translations of significant Anglo-Latin poetic works. The final section of the book, Influence and Survival, offers three essays which consider Anglo-Latin literature in the late medieval and post-medieval world, from an edition of a Latin source for a late Middle English saint's life; through an account of the migration of Latin texts into the royal libraries of Henry VIII; to the concluding essay, which explores a mechanical means of producing perfect Latin hexameter. A complete bibliography of Rigg's works closes the volume. The chronological and methodological range of the essays in this collection is offered as afitting tribute to one of Anglo-Latin's most learned and indefatigable scholars.