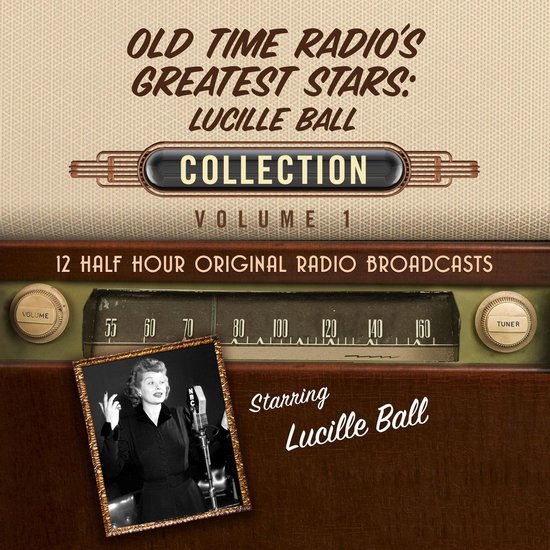 Lucille Ball was an accomplished actress, comedian, model, entertainment studio executive and producer. She was the star of the self-produced TV sitcoms I Love Lucy, The Lucy Show, Here's Lucy and Life with Lucy as well as television specials aired under the title The Lucy-Desi Comedy Hour. She began her career in 1929 as a model, graduating to Broadway and later to films. While a contract player at RKO, she met Cuban bandleader Desi Arnaz, and the two eloped in 1940. During radio's Golden Age, she starred in hundreds of radio programs, including her own series titled My Favorite Husband, opposite Richard Denning. In the 1950's, she ventured into television and in 1951, she and Arnaz created the sitcom I Love Lucy, a series that became one of the most beloved in television history. In 1962, Ball became the first woman to run a major television studio, Desilu Productions, which produced many popular series, including Mission: Impossible and Star Trek. This collection contains 10 of her popular radio performances and we hope you will Love Lucy all over again!