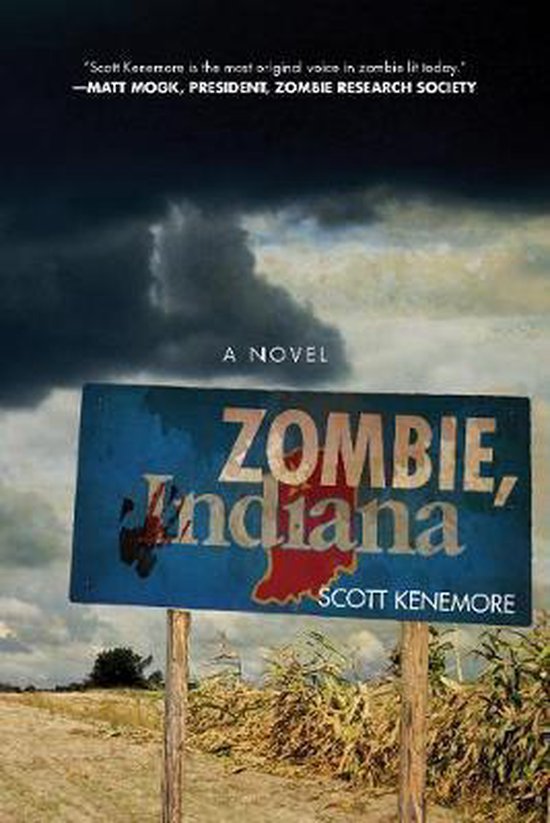 In the third book of his Zombie series, Scott Kenemore brings the explosive horror thriller of an undead outbreak in the city of Indianapolis. Zombie, Indiana takes place during the same timeline as the outbreaks in his books Zombie, Ohio and Zombie, Illinois, and has the same punch as the previous two. Zombie, Indiana explores the impact of an invading zombie horde on a trio of Hoosier protagonists . . . each of whom have some dark secrets to keep. When the governor's daughter mysteriously disappears on a field trip, IMPD Special Sergeant James Nolan, scholarship student Kesha Washington, and Governor Hank Burleson must all come together not only to find the governor's daughter, but also to undertake a quest to redeem the very soul of the state itself . . . all while under constant attack from the living dead. With humorous, memorable characters, tense action sequences, and brutal zombie violence, Zombie, Indiana will put readers in mind of some of the most compelling works of popular fiction. At once a mystery, a thriller, and a horror novel, Kenemore strikes again with this rollicking tour through America's heartland that is nothing but a tour de force for zombie fiction fans! Skyhorse Publishing, under our Night Shade and Talos imprints, is proud to publish a broad range of titles for readers interested in science fiction (space opera, time travel, hard SF, alien invasion, near-future dystopia), fantasy (grimdark, sword and sorcery, contemporary urban fantasy, steampunk, alternative history), and horror (zombies, vampires, and the occult and supernatural), and much more. While not every title we publish becomes a New York Times bestseller, a national bestseller, or a Hugo or Nebula award-winner, we are committed to publishing quality books from a diverse group of authors.