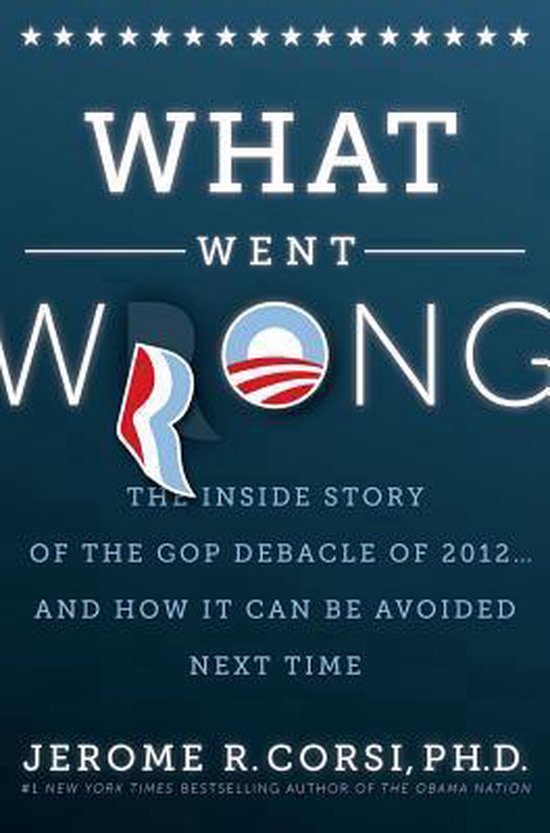 It was a race of certainty on both sides. Even on Election Day, Mitt Romney's campaign advisers were convinced Romney would be elected president, while Barack Obama's team was equally resolute: he would reclaim the White House. How was the Republican Party so misguided? Where did the party go wrong? Although the results were far from preordained, the carefully crafted strategy of the well-oiled and under-estimated Democratic Party machine left Romney's team sitting in a heap of disastrous miscalculations and America with four more years of Obama at 1600 Pennsylvania. For conservatives nationwide, the outcome of the 2012 presidential election was a harsh wake-up call: superior policy can't surpass superior movement in a campaign. Obama won the 2012 election largely due to his continuing charisma with a government-dependent constituency and support from the mainstream media; Romney lost largely because his advisers relied upon an uncritical reading of internal polls and neglected to implement a competitive ground game utilizing Internet technology. But it doesn't end there: no future Republican presidential candidate will be able to win the White House unless the GOP can challenge the Democrats in digital media strategy, voter intelligence efforts, and the deployment of computer-backed Get Out the Vote field technologies. The problem lies not with the values of the Republican campaign-but with the execution. In What Went Wrong, New York Times bestselling author Jerome R. Corsi, Ph.D., provides both a post-mortem analysis of the Republican defeat in 2012 and a roadmap for the re-emergence of the Republican Party. More than an Obama vs. Romney rehash, What Went Wrong is a critical blueprint for a Republican presidential victory in 2016.