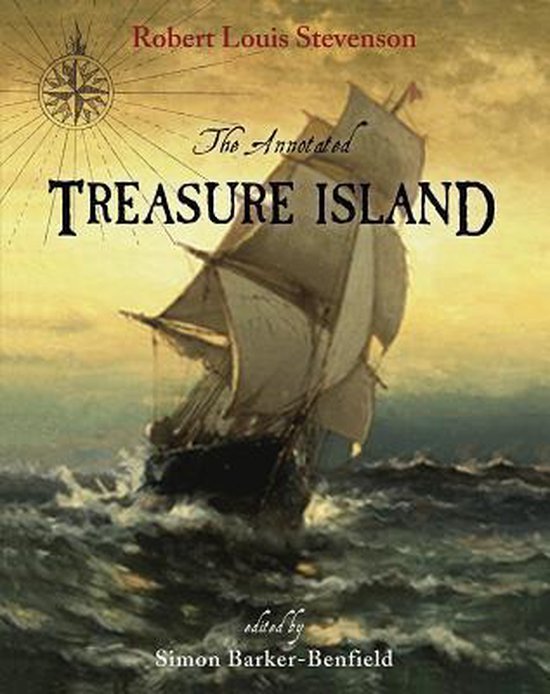 First published as a serialized childrenĀ’s story in 1881Ā–1882, Robert Louis StevensonĀ’s Treasure Island has become an enduring classic. It has all the elements of a great adventure story: a plot full of twists and turns, an escalating sense of treachery and impending disaster, and a quintessential villain. Teenager Jim Hawkins finds a map titled Ā“Treasure IslandĀ” in the belongings of a stricken lodger at the Admiral Benbow Inn in 1750s England. He soon finds himself aboard the schooner Hispaniola with a crew of disguised pirates headed to the Caribbean on a quest to find buried treasure. Long John Silver, the peg-legged cook, is the leader of this wretched crew. He is both engaging and ruthless, feared by even his barbarous accomplices, and a shape-shifter, pretending to be JimĀ’s good friend and enemy, secretly plotting a mutiny. When mutiny begins, Jim must save the day.This beloved adventure story is pure fictionĀ—but fiction well grounded in historical and geographical reality. In The Annotated Treasure Island, editor and researcher Simon Barker-Benfield meticulously and lovingly annotates this voyage, offering crucial factual information, a sociopolitical context, and clear technical explanations that bring you closer to the action. Lavishly illustrated with pictures of nautical equipment, parts of ships, and period maps, The Annotated Treasure Island brings the seafaring vernacular to life. YouĀ’ll learn about Ā“blocks,Ā” Ā“backstays,Ā” and Ā“shrouds.Ā” And youĀ’ll see Jim and the crew handle the Hispaniola, whether itĀ’s the Ā“simpleĀ” chore of raising the anchorĀ—which in a similar, real vessel could require three hoursĀ’-worth of hauling in a very slimy cable six inches at a timeĀ—or the difficulty and meaning of Ā“warpingĀ” and Ā“putting a man in the chainsĀ” in order to take depth soundings. The story illustrations by Louis Rhead (1857-1926) deftly draw out the escalating dramatic tension. Would all the risk and hardship have been worth it? Just how much treasure was the crew after? What could one have bought with 700,000 pounds sterling in the 1700s? Even that question is answered in this newly annotated edition: it would have been enough to buy and outfit a fleet of eleven 104-gun battleships of the period.Seven hundred thousand pounds sterling was serious money, enough money that some men would do almost anything to get it.