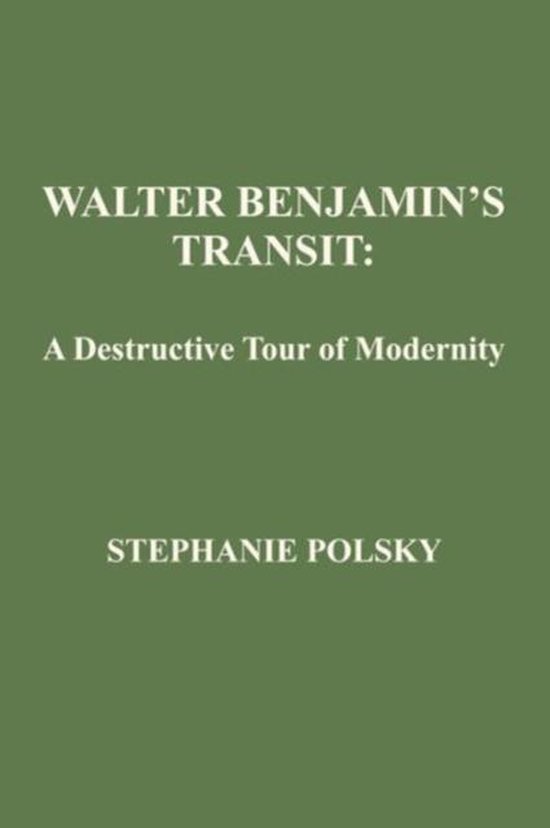 Walter Benjamin's Transit is a work in two halves. The first, part 1, entitled Mapping Desire: Towards a Minor Fascism applies the lens of Gilles Deleuze and Felix Guattari's philosophy to the critical writings of Walter Benjamin, the latter devised amid and an atmosphere of emergent fascism in Europe between two World Wars. This book represents something radically different from other critical approaches to Walter Benjamin's body of work. It is an attempt to act with Benjamin to devise a new set of philosophical and political coordinates viable for a current rethinking of fascism. This work is critically situated at the margins of Benjamin's philosophy in its attempt to extend the parameters of thinking that Benjamin left for us. Throughout this volume, the critical work of Gilles Deleuze and Felix Guattari will lend crucial insight into Benjamin's analysis of fascism, based on their pivotal understanding of it, which considers not only historical fascism of Hitler and Mussolini, but also the fascism that is part of our everyday behaviour, causing us to gravitate towards the very same powers that dominate and exploit us. The reality of that fascism, even its historical guise, connotes an invisible, perpetual war that cannot be definitively lost nor won, but rather must be engaged as an ethical combat within oneself on a plane where politics equates itself with everyday life. This insight has particular resonance given that Benjamin, a German Jew, was himself under constant threat of historical erasure during the course of his lifetime. Benjamin's circumstance makes his very person the embodiment of a certain constellation of fascist forces. It is from within that constellation of forces that the true problem of how to locate fascism becomes proximate to a life, on this occasion Walter Benjamin's life and body in particular. A life moreover, that sought not to be non-fascist per se, but rather to become fascism's greatest ethical observer, so as to raise alarm bells within its most extravagant perpetrator, the average citizen. Benjamin was dedicated to a methodology that sought to demonstrate and not to judge the terms on which history rests. The task of this volume is to transport the reader over the difficult terrain of these terms to locations of particular behest to Benjamin's view of fascism, so as to better evaluate contemporary critical debates about fascism.