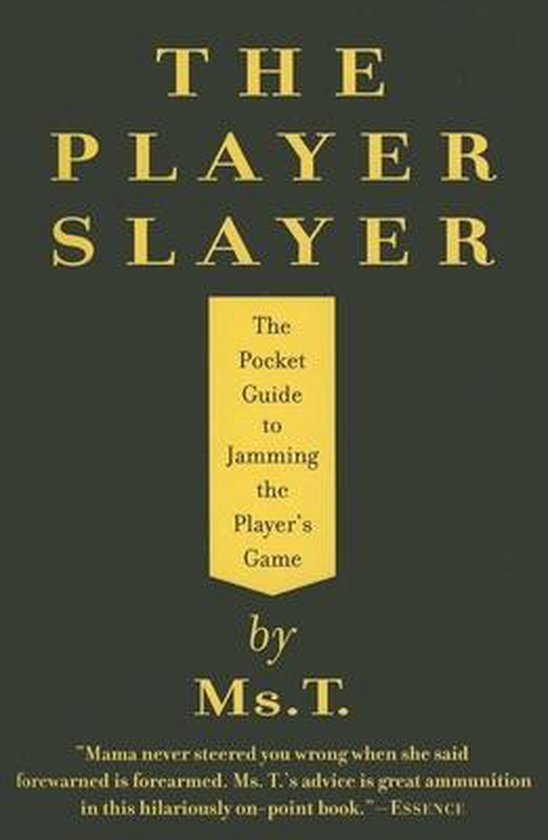 A hilarious and outrageous guide to playing the player at his own game - and winning. Don't hate the player - hate the game ? Not any more. This wild guide to getting in the ring and winning signals the beginning of the end for players everywhere...Players. No matter how careful a girl is, a player always seems to get past her guard. If she waits, he waits. She introduces him to her friends - he plays it smooth. He introduces her to his boys. His mama. And then he plays her. And she goes back down that same old spiral - sad, lonely, mad at herself. Repeating the mantra of the played: Don't hate the player - hate the game . Wrong. This time it's about loving the game. It's about getting down with the game and playing it faster, harder, better and longer than the player. In her smart, sassy and ridiculously funny guide to blocking the player at every turn, Ms. T - an alias forged to keep her anonymous in player-slaying situations - dispenses invaluable advice for ladies everywhere. The days when these men pursued women for the sake of conquest, triumph and the pleasure of the game itself are numbered. Ms. T. shows readers how to play the game without being turned into a mark - alone, outraged and disappointed - but rather as a slayer , empowered with the knowledge to outwit, outlast and outplay the player. The hunter is about to become the hunted - the reign of the player is over.