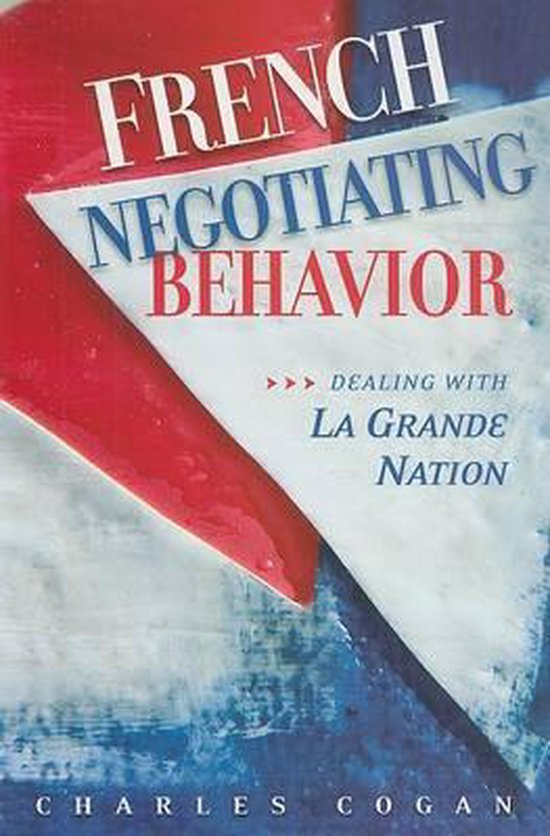 Even before it led opposition to the recent war on Iraq, France was considered the most difficult of the United States' major European allies. Each side tends to irritate the other, not least at the negotiating table, where Americans complain of French pretensions and arrogance, and the French fulminate against US hegemonisme and egoisme . But whether they like it or not, the two nations are going to have to deal with one another for a long time to come. Charles Cogan's insightful study can't guarantee to make those encounters more fruitful, but it will help France's negotiating counterparts understand how and why Frech officials behave as they do. With objectivity and authority, Cogan first explores the cultural and historical factors that have shaped the French approach and then dissects its key elements. Mixing rationalism and nationalism, rhetoric and brio, self-importance and embattled vulnerability, French negotiators often seem more interested in asserting their country's universal mission than in reaching agreement. Three recent case studies illustrate this distinctively French melange. Yet agreeement is by no means always elusive. Cogan offers practical suggestions for making negotations more co-operative and productive - although he also emphasizes the long-term damage inflicted by the crisis over Iraq. Drawing on candid interviews with many of today's leading players on the French, American, British and German sides, this volume informs both seasoned practitioners and academics as well as students of France and the negotiating process.