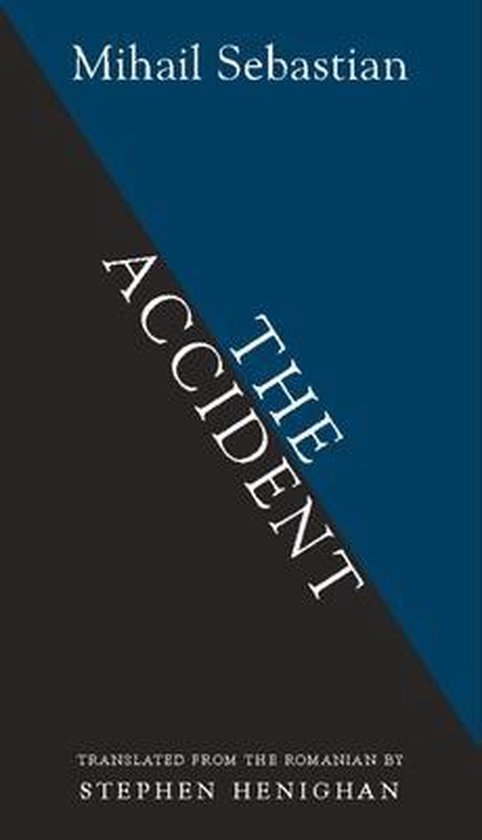 In the tradition of Sandor Marai, Mihail Sebastian is a captivating Central European storyteller from the first half of the twentieth century whose work is being rediscovered by new generations of readers throughout Europe, Latin America, and the United States. The 2000 publication of his Journal 1935-1944: The Fascist Years introduced his writing to an English-speaking audience for the first time, garnering universal acclaim. Philip Roth wrote that Sebastian's Journal deserves to be on the same shelf as Anne Frank's Diary and to find as huge a readership. Outside of the English-speaking world, Sebastian's reputation rests on his fiction. This publication of The Accident marks the first appearance of the author's fiction in English. A love story set in the Bucharest art world of the 1930s and the Transylvanian mountains, it is a deeply romantic, enthralling tale of two people who meet by chance. Along snowy ski trails and among a mysterious family in a mountain cabin, Paul and Nora, united by an attraction that contains elements of repulsion, find the keys to their fate. Mihail Sebastian (1907-1945) was born in southeastern Romania and worked in Bucharest as a lawyer, journalist, novelist, and playwright until anti-Semitic legislation forced him to abandon his public career. His long-lost diary, Journal 1935-1944: The Fascist Years, was published in seven countries between 1996 and 2007, launching an international revival of his work. Sebastian's novels and plays are available in translation throughout Europe, and also have been published in Chinese, Hindi, Bengali, and Hebrew.