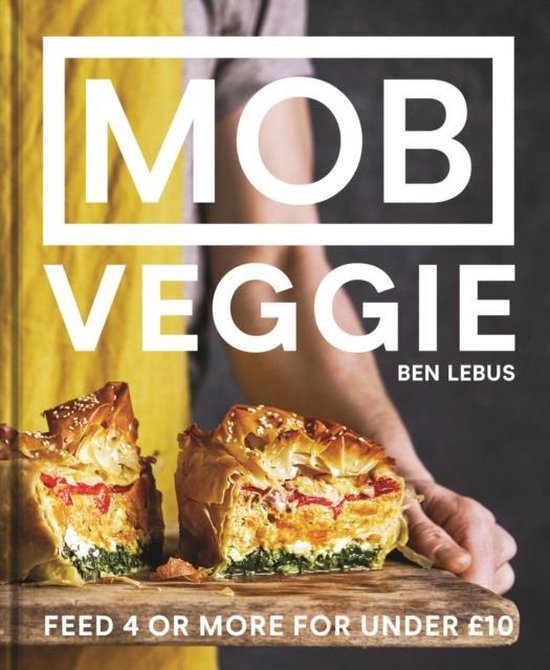 From the author of the No.1 Bestseller MOB Kitchen: Feed 4 or more for under GBP10 Having taken the social media world by storm with his 1-minute, how-to-make recipe videos, MOB Kitchen founder Ben Lebus is back with his second book MOB Veggie. Perfect for the vegetarian cook on a budget, and stuffed with delicious, easy and accessible dishes that absolutely anyone can cook with the aim of feeding four people for under GBP10. Featuring delicious recipes such as Miso-glazed Sticky Aubergine with Sesame Rice, Sweet Potato Gnocchi and Jackfruit Curry, MOB Veggie contains all the inspiration you need to make budget meals to impress your friends and family, any time. Chapters include: Brunch MOB, Fresh MOB, Speedy MOB, Fuss-free MOB, Flashy MOB and Fakeaway MOB. Every MOB Kitchen recipe is affordable, healthy, delicious, beautiful and easy to make. Unlike most budget cooking sites, MOB Kitchen doesn't make any absurd store-cupboard assumptions. All that is expected is that you have salt, pepper, olive oil and a small budget, nothing more. Get cooking!