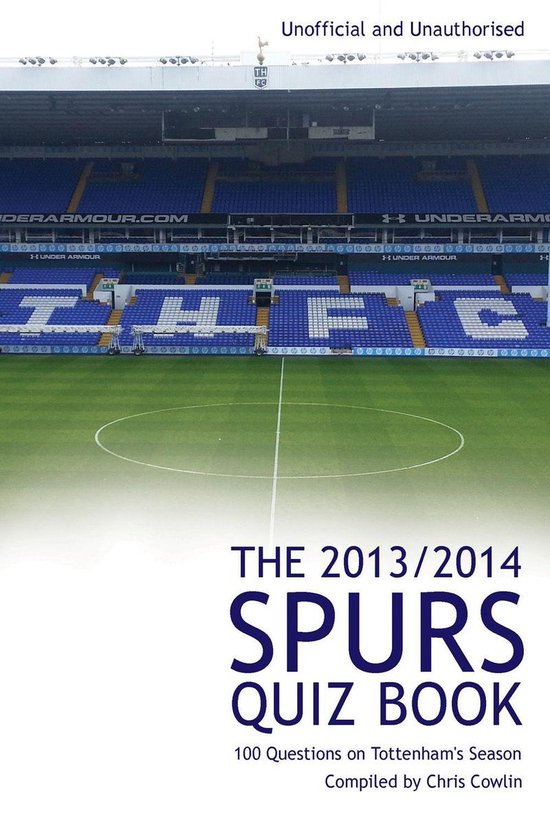 Are you a Spurs fan? Have you followed the team's progress throughout the 2013/2014 season or gone to watch them play? If Tottenham Hotspur is your local football club or the team you support, you are certain to enjoy tackling the 100 questions in this new quiz book. Who was Tottenham's top League scorer during the 2013/2014 season? Which Spurs midfielder scored a brace against Southampton at home during March 2014? How much was a match day programme at White Hart Lane during 2013/2014? Check the answers to these questions and more in The 2013/2014 Spurs Quiz Book. If you suffer from withdrawal symptoms at the end of the football season, this is your chance to relive all the highlights of Spurs most recent games. This book contains questions on the players, goalscorers, opponents, home and away matches, memorable wins, draws and losses as well as general Spurs trivia. Dedicated to Spurs 2013/14 season, this quiz book can be enjoyed by the whole family and will appeal to football fans of all ages.