To Rule The Winds 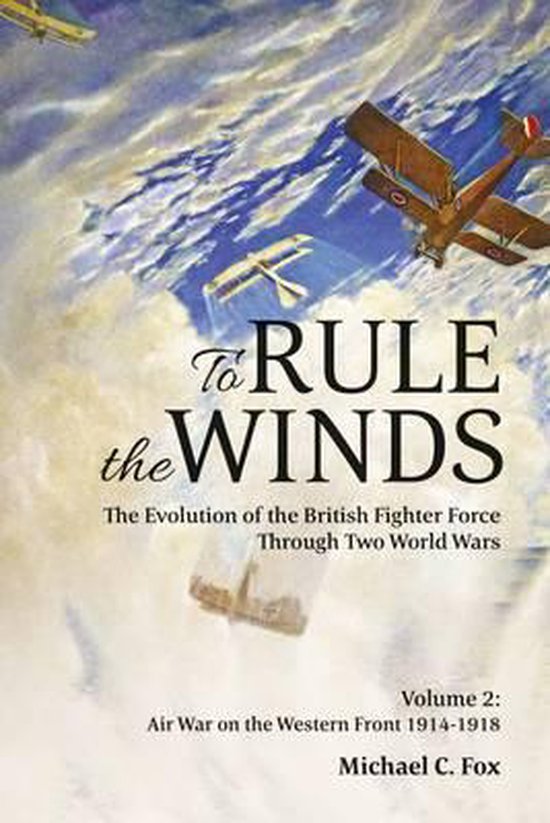 This second Volume in the To Rule the Winds series deals with the evolution of the Royal Flying Corps through the First World War and its transformation, in 1918, into the Royal Air Force. It focuses on the migration of the Army's Air Service - and to some extent the Navy's separate Air Service - towards a British Air Force intended to wipe the enemy's Air Service from the sky and provide an aerial umbrella under which the Army's Expeditionary Force on the ground could eventually move forward to victory. While the resulting Air Force was not entirely successful in the grand objective of ruling the air, it did enough. But to do so, it had to change fundamentally. In August 1914 the British Air Service - or, at least, the Army's Wing of it - that went to France as part of the British Expeditionary Force comprised four squadrons populated with a small collection of slow and unarmed reconnaissance aeroplanes, typically the Royal Aircraft Factory's B.E.2 types, plus an even smaller scattering of somewhat faster but still unarmed single-seater scouting aeroplanes like the Bristol Scout and sundry Bleriot types. There was no specialisation worth the name: the aeroplanes of the Military Wing were just about all that were flyable; there was no plan for the future, precious little in the way of reserves and no duty other than to watch the enemy's forces on the ground. When the War ended in November 1918 there was a national, a Royal, Air Force of many squadrons: the Royal Naval Air Service had been (at least in principle and temporarily) rolled in; there were still the squadrons of reconnaissance machines, but faster, armed for defence and more robust. There were squadrons of bombing machines: like the reconnaissance machines, but more powerful and capable of carrying heavy bomb loads over distances that made strategic bombing a practical proposition. Finally, there were fighter squadrons, something of a real innovation, fast and manoeuvrable mostly single-seater gun platforms. Although an Independent bomber force was created during 1918 there was not, even by the war's end, a fighter force - just squadrons. This Volume continues the underlying theme of the whole series: the development of the fighter force - a co-ordinated group of fighting squadrons adapted and later designed primarily to fight in the air against other aeroplanes.