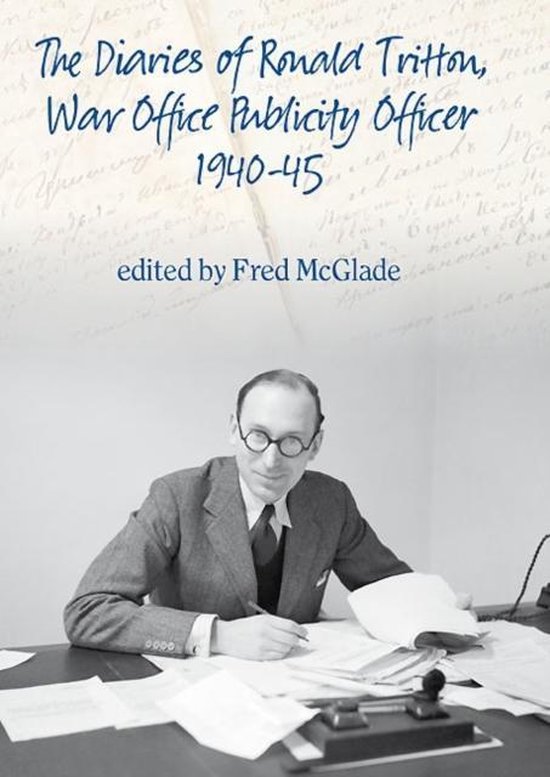 Ronald Tritton was recruited in 1940 for the position of War Office Publicity Officer by Major-General Beith, Director of Public Relations at the War Office, to transform the dysfunctional department. The first civilian to hold the post, it was hoped his professional skills gained in Public Relations for the Savoy Hotel Group would be a valuable tool to overcome the British Army's negativity towards the use of any form of visual publicity. Internal conflicts between the service film units, the newsreel companies and the Americans proved a difficult balancing act for Tritton, as these diaries reveal. They are also an invaluable source of evidence not only for the growth and war effort of the Army Film Unit /Army Film & Photographic Unit, but also for the newsreels. With the support of Major-General Edgeworth-Johnstone, the Assistant Director of Public Relations, Ronald Tritton became the catalyst for the British Army Film and Photographic Unit, despite considerable military and political opposition. This unit was to grow in strength and professionalism throughout the conflict, producing some of the most frequently used film and photographic material of the war. The diaries also provide a record of life at the Savoy Hotel, London, during World War II (Tritton was on a retainer there and counted David Niven amongst his friends) and a wonderfully evocative, almost tangible sense of London and life in the south of England during those years.