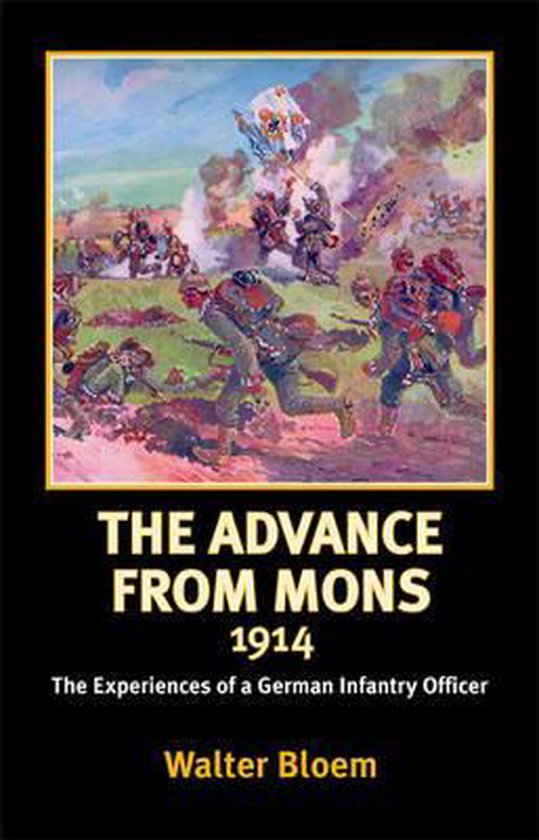 This is an outstanding personal memoir penned by a German infantry officer recalling his experiences during the initial days and weeks of the war in the West, July-September 1914. Walter Bloem was a Captain in the German 12th Grenadier Regiment (Royal Prussian Grenadier Regiment Prinz Carl von Preussen, 2nd Brandenburg, Nr 12, to give his unit its full title). His narrative gives a superb insight into the outbreak of war and his regiment's mobilisation, followed by the advance through Belgium and France, including the author's participation at the battles of Mons, Le Cateau, the Marne and the Aisne. His account of what it was like to face Britain's 'Old Contemptibles' at Mons is particularly valuable. Before the war, the author was a novelist, and The Advance from Mons clearly shows this - it is written with a great eye for detail, careful yet vivid descriptions abound and importantly, from a historical perspective, the book was penned whilst Herr Bloem convalesced from a wound he received at the battle of the Aisne. Such was the quality of his writing, that J.E. Edmonds, the British official historian of the Great War commented: Some of the scenes ... are so truly and vividly depicted that I gave translations of them in the Official History, feeling that they could not be bettered.