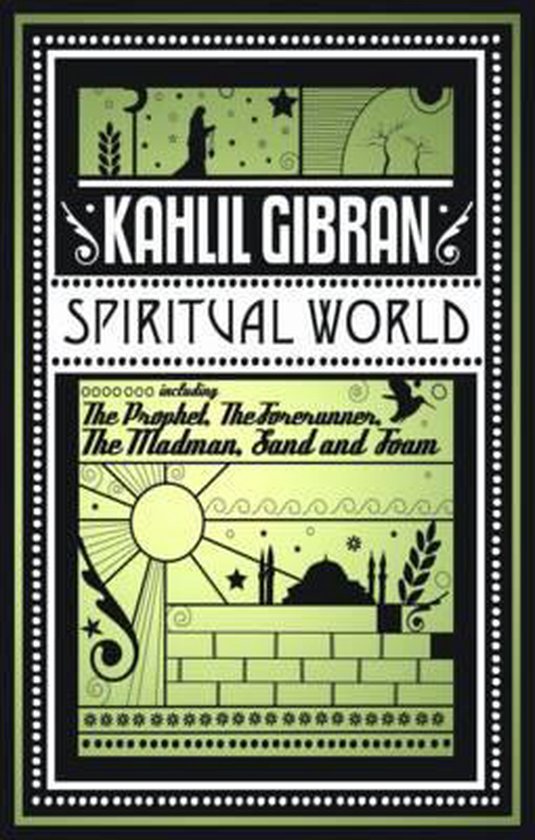 Kahlil Gibran, (1883-1931) best selling author and spiritual guide, was a man in search of himself and his place in the world. He was a writer and painter, based in the USA, . An immigrant from Lebanon at the beginning of the 20th century, he wrote with one eye on his homeland; and with a restless questioning spirit. As one of his teachers' records, 'he had an impetuous soul, a rebellious mind and an eye mocking everything it sees.' Kahlil wished to write small books that could be read in one sitting and carried in the pocket. Between 1918 -1926, he wrote four such books, and these were his first in English: The Madman (1918); the Forerunner (1920); Sand and Foam (1926) and The Prophet (1923). The first three are collections of parables and aphorisms, which in true Eastern style, draw on a world of kings, hermits, saints, slaves, deserts, animals that talk and wind that laughs. The Prophet, which was to become enduringly popular, is different; a prose piece which is longer and partly auto-biographical. In the story, a young man prepares to leave for his homeland; but first he must say goodbye to those he has lived amongst for the previous twelve years. The book is his farewell speech, touching on love, friendship, children, joy, sorrow and much else besides. Summing up the message of the book, Gibran said this: 'The whole prophet is saying one thing: 'You are far far greater than you know - and all is well.' Only in his private letters do we get a glimpse of the man for whom all was not well. Fiercely individual, he found no enduring rest in any relationship; and ever dismissive of authority, he was a unifier in the face of exclusive religious claims. 'I love you when you bow in your mosque; kneel in your temple; pray in your church. For you and I are sons of one religion, and it is the spirit.' 'Half of what I say is meaningless,' he wrote. 'But I say it so that the other half may reach you.' Through Gibran's writing, much has reached many.