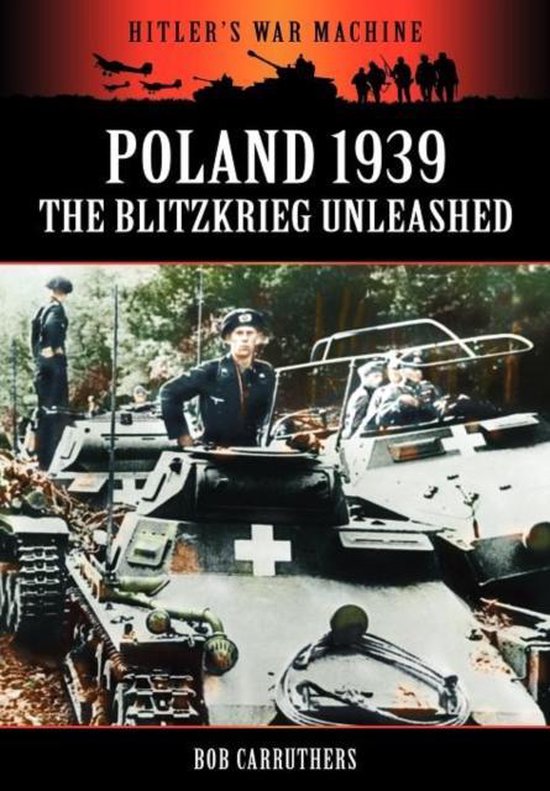 "If the tanks succeed, then victory follows." Heinz Guderian This is the powerful record of the lightning campaign against Poland as documented by the Kriegsberichter. This book incorporates the whole of the results of extensive post war interviews carried out by the US department of the Army. The result is a vivid military history of the Polish campaign of September 1939 from the front lines. This view of the campaign from the sharp end draws upon previously unpublished images. The events of Hitler's war on land sea and air were photographed on a day by day basis by the Kriegsberichter; their huge legacy is estimated to encompass over 2,000,000 images which constitute a powerful primary visual record of the main events of World War II as witnessed from the front lines. Written by Emmy AwardTM winning author Bob Carruthers, this unique publication documents the primary accounts of many of those who fought in Hitler's army. This book is part of the 'Hitler's War Machine' series, a new military history range compiled and edited by Emmy Award winning author and historian Bob Carruthers. The series draws on primary sources and contemporary documents to provide a new insight into the true nature of Hitler's Wehrmacht. The series consultant is David Mcwhinnie creator of the award winning PBS series 'Battlefield'.