Up the Amazon and Over the Andes 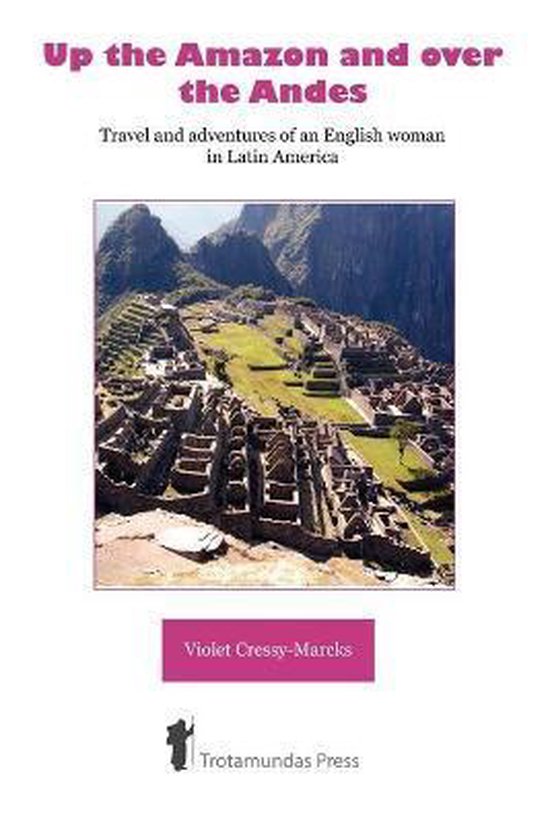 Violet Cressy-Marcks was fearless when faced with physical threats. She had already been trekking from Cape to Cairo and had sleighed across the icy fields to Murmansk before going to the rivers and swamps of South America in 1929. In the Amazon she was woken by a snake which bit her below the knee. She grabbed the snake below the head, crawled out from under her mosquito net and went to find a rock to smash the snake's head. Then proceeded to use a scalpel to cut across the bite, pushing a tablet of permanganate of potash. She travelled around the world many times using all means of transport, from sleigh to canoe, horses, motor car and her own feet. Her extensive interests included archaeology, zoology, ethnology and geography. "Up the Amazon and over the Andes" was the first of her books describing her trips. She was a reporter in Chungking (China) for the Daily Express from 1943 to 1945 and interviewed Mao Tse-tung. After the war her journeys became less strenous.