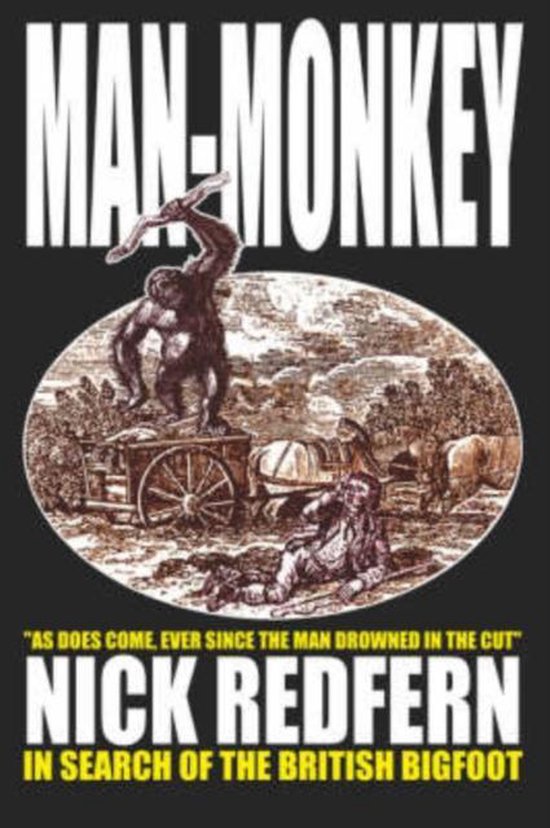 In her 1883 book, Shropshire Folklore, Charlotte S. Burne wrote: 'A very weird story of an encounter with an animal ghost arose of late years within my knowledge. On the 21st of January 1879, a labouring man was employed to take a cart of luggage from Ranton in Staffordshire to Woodcock, beyond Newport in Shropshire, for the ease of a party of visitors who were going from one house to another. He was late in coming back; his horse was tired, and could only crawl along at a foot's pace, so that it was ten o'clock at night when he arrived at the place where the highroad crosses the Birmingham and Liverpool canal. 'Just before he reached the canal bridge, a strange black creature with great white eyes sprang out of the plantation by the roadside and alighted on his horse's back. He tried to push it off with his whip, but to his horror the whip went through the thing, and he dropped it on the ground in fright.' The creature duly became known to superstitious and frightened locals as the Man-Monkey. Between 1986 and early 2001, Nick Redfern delved deeply into the mystery of the strange creature of that dark stretch of canal. Now,published for the very first time, are Nick's original interview notes, his files and discoveries; as well as his theories pertaining to what lies at the heart of this diabolical legend. Is Britain really home to a Bigfoot-style entity? Does the creature have supernatural origins? Or is it something else entirely? Nick Redfern addresses all of these questions in Man-Monkey and reveals a story that is as bizarre as it is macabre.