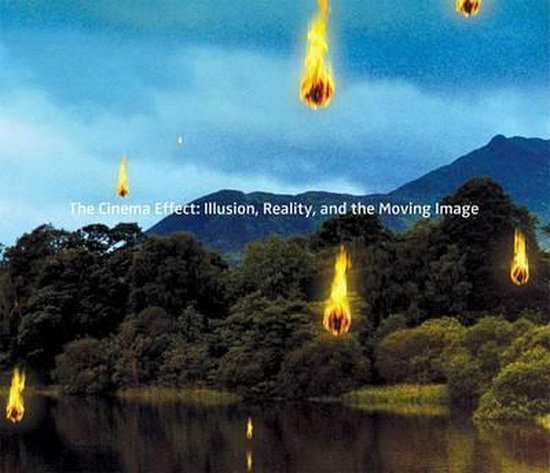 This volume offers an in-depth exploration of contemporary moving-image art, examining the ways in which the cinematic has blurred cultural distinctions between reality and illusion. Cinema was the unrivaled art form of the twentieth century; in the art world, the use of film and video and the appropriation of cinematic language and devices for works in a range of media have been growing since the early 1960s. In the realm of popular culture, the influence of this technology and its vocabulary have grown to the point where the boundaries between real life and make-believe are at the least blurred and at most indecipherable. Opening with Kerry Brougher's overview of the cultural, social and psychological issues raised by The Cinema Effect, the book divides into two parts which reflect the opposing poles of cinema, and the roles they play in art and contemporary culture. The first section, Dreams, opens with a discussion by Kelly Gordon of how and why moving-image work has shifted from the margins to the center of art production. This essay considers the analogous relationship between cinema technology and the psychology of dreams, as well as the ways in which artists compel or challenge suspension of disbelief. The second section, Realisms, shifts the focus to the larger societal impact of the pervasiveness of cinema, looking at the work of emerging artists. In this section Anne Ellegood examines issues of subjectivity and identity in the featured artists' work and Kristen Hileman explores the complex issue of authenticity. Author: Kerry Brougher is Deputy and Chief Curator, Hirshhorn Museum and Sculpture Garden. His exhibitions include Hall od Mirrors: Art and Film Since 1945, 1996; Notorious: Alfred Hitchcock and Contemporary Art, 1999, Visual Music, 2005; and Hiroshi Sugimoto, 2005. AUTHOR: Anne Ellegood is Curator, Hirshhorn Museum and Sculp[ture Garden, where she recently curated The Uncertainty of Objects and Ideas: Recent Sculpture, 2006. Kelly Gordon is Associate Curator, Hirshhorn Museum and Sculpture Garden, wher she has curated the recent exhibitions in the Museum's Black Box, including those for Jesper Just, Francis Alys, and Magnus Wallin. Kristen Hileman is Associate Curator, Hirshhorn Museum and Sculpture Garden, and has recently curated Directions - Oliver Herring and Directions - Cai Guo-Qiang. 126 colour & 24 b/w illustrations