The King of Spring 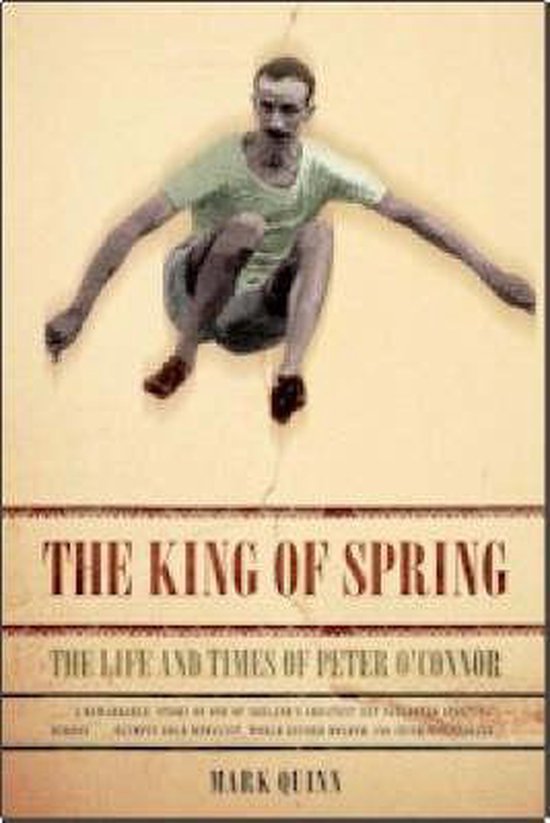 The King of Spring tells the remarkable story of one of Ireland's greatest yet neglected sporting heroes, Peter O'Connor, Olympic gold medallist, world record holder and Irish nationalist. Born into a fairly typical, post-famine Irish catholic family in the 1870s, O'Connor leapt from obscurity to celebrity in 1901, enthralling the world with his jumping prowess. His world record long jump in 1901 stood for 20 years, and his Irish record remained intact for nearly 90 years. This book brings to life a forgotten era of Irish athletic achievement and provides a fascinating social commentary of the life of a young man of ambition in the early years of the twentieth century. It also describes the frustration of many Irish nationalist athletes of the time who had to compete for Britain on the international stage. This frustration boiled over for Peter O'Connor when, after winning the Silver Medal in the Athens Games in 1906, he climbed the flagpole to unveil a large green Irish flag with Erin go Bragh written on it, much to the consternation of the authorities. Indeed, it was the first overt political act in the modern day Olympics. Though O'Connor is chiefly remembered for his sporting triumphs, his private life and lengthy legal career were no less remarkable. A Wicklowman of modest means, O'Connor began his working life as a clerk, with few prospects, but against the odds he scaled the social ladder to become one of Waterford's leading solicitors and Vice-President of the Incorporated Law Society of Ireland. Driven by an unquenchable drive and self-belief, O'Connor's life was marked by a constant struggle to shape his own destiny in uncertain times. The King of Spring tells the extraordinary story of one of Ireland's true sporting heroes.