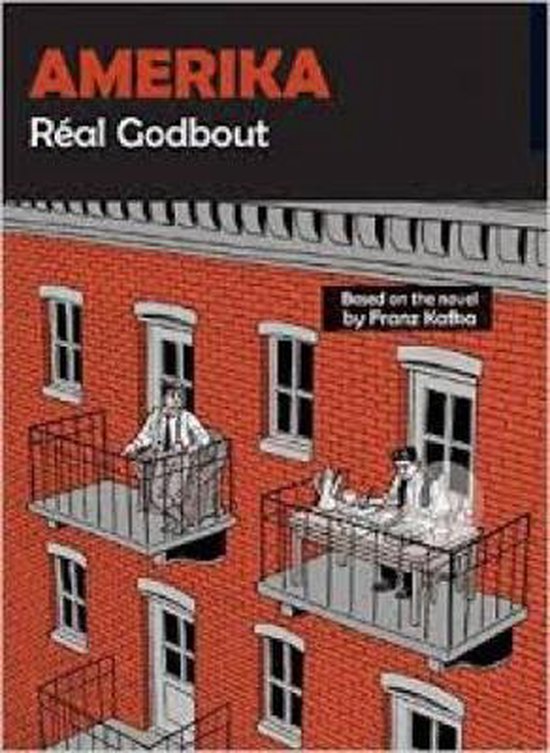 In his adaptation of Amerika, which took seven years to achieve, Godbout has tried to remain as faithful as possible to Kafkas novel, while using the clear line aesthetic he has perfected in his series Red Ketchup. Unlike the common clich of Kafkas work, Amerika is not a dark and sinister novel, but a dynamic and colourful story, with a touch of absurdist humor. Perfect for an adaptation into a graphic novel. It tells the story of the young immigrant Karl Rossmann who, after an embarrassing sexual misadventure, finds himself packed off to America by his parents. Expected to redeem himself in this magical land of opportunity, young Karl is swept up instead in a whirlwind of dizzying reversals, strange escapades, and picaresque adventures. Despite the fact Kafka never set foot in America, his novel was uncannily prescient about certain aspects of the country that advertised itself, particularly during the late 19th and early 20th centuries, as the promised land. Godbout, as a Quebecois artist and outsider to America, also provides a unique perspective.