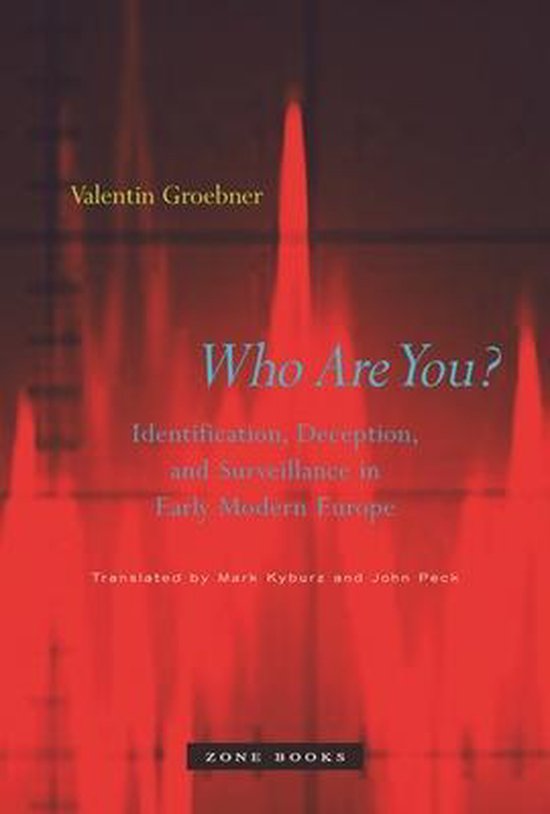 The prehistory of modern passport and identification technologies: the documents, seals, and stamps, that could document and transform their owner's identity. Who are you? And how can you prove it? How were individuals described and identified in the centuries before photography and fingerprinting, in a world without centralized administrations, where names and addresses were constantly changing? In Who are You?, Valentin Groebner traces the early modern European history of identification practices and identity papers. The documents, seals, stamps, and signatures were-and are-powerful tools that created the double of a person in writ and bore the indelible signs of bureaucratic authenticity. Ultimately, as Groebner lucidly explains, they revealed as much about their makers' illusory fantasies as they did about their bearers' actual identity. The bureaucratic desire to register and control the population created, from the sixteenth century onward, an intricate administrative system for tracking individual identities. Most important, the proof of one's identity was intimately linked and determined by the identification papers the authorities demanded and endlessly supplied. Ironically, these papers and practices gave birth to two uncanny doppelgangers of administrative identity procedures: the spy who craftily forged official documents and passports, and the impostor who dissimulated and mimed any individual he so desired. Through careful research and powerful narrative, Groebner recounts the complicated and bizarre stories of the many ways in which identities were stolen, created, and doubled. Groebner argues that identity papers cannot be interpreted literally as pure and simple documents. They are themselves pieces of history, histories of individuals and individuality, papers that both document and transform their owner's identity-whether carried by Renaissance vagrants and gypsies or the illegal immigrants of today who remain sans papier, without papers.