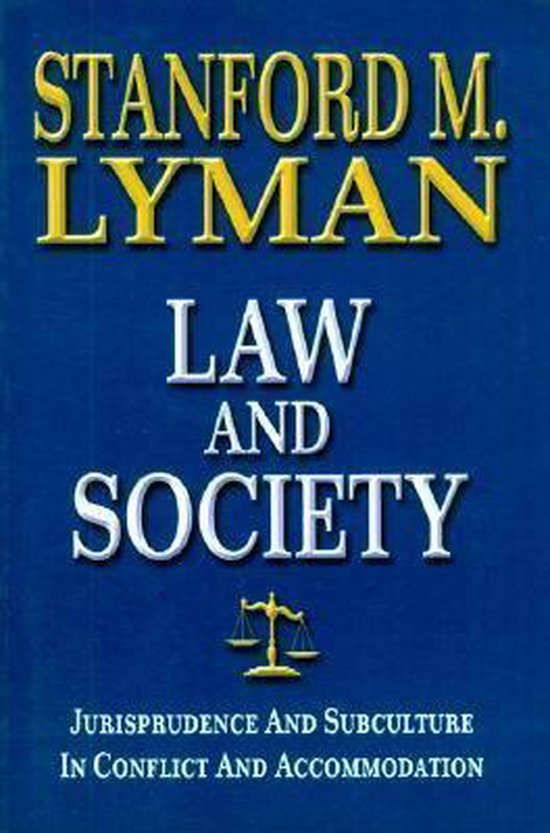 Law and Society brings together for the first time the works of America's foremost social scientists on the relationship between law and society. This volume provides a valuable resource for everyone interested in how sociological factors have affected legal processes and outcomes throughout the twentieth century in the United States, on both a national and a local level. This collection defines and illustrates how social scientists both conceptualize and analyze the intersection of law and society, with important implications for the disciplines of sociology, economics, political science, law, education, demography, anthropology, history, and social psychology. Among the many topics discussed are equality and inequality before the law; clans, secret societies, and other institutions for judicial settlement; community power, group cohesion, and conflict; legitimacy, consensus, and Watergate; Chinatown and Little Tokyo, subcultures built on conflict; jurisprudence and juridical cultures; law and sociology; mediation, conciliation, and conflict resolution; community development and immigration legislation in America; racial and ethnic prejudice and juridical interpretation; and affirmative action, reparations, and the Constitution. Stanford M. Lyman, an award-winning writer and lecturer, was Robert R. Morrow Eminent Scholar in Social Science at Florida Atlantic University and held a lifetime appointment to the faculty of Oxford University. His numerous books include Essential Readings on Jewish Identities, Lifestyles, and Beliefs .