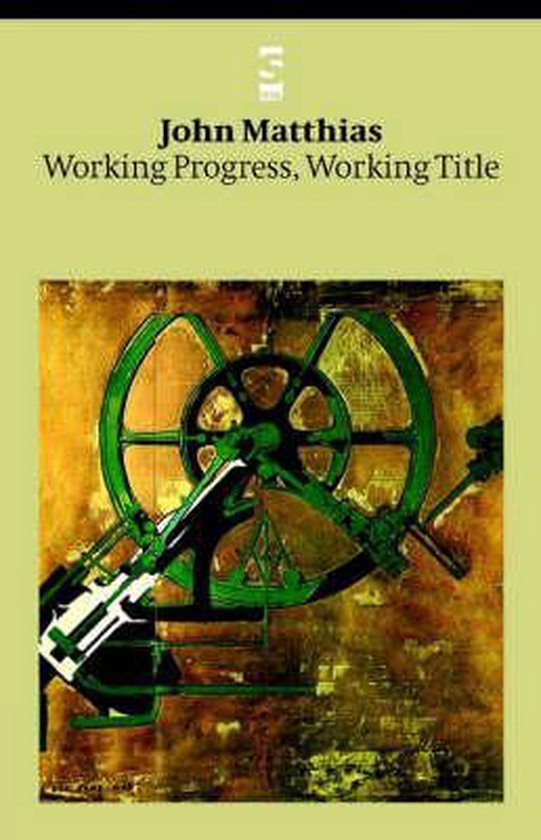 Working Progress, Working Title combines two of John Matthias' most experimental poems. Critics have for some time written of Matthias as a poet of place, but what will be made of his Automystifstical Plaice ? The poem in fact derives from the strange fact that film siren Hedy Lamarr and avant-garde composer George Antheil collaborated on a patent for a radio-directed torpedo in the early days of World War II when both had gone to Hollywood. But the piece is also about the Paris avant-garde, early experimental films like Ballet mecanique and L'Inhumaine , Antheil's early scores, Hollywood in the 1940s, spread-spectrum technology, artificial intelligence, and many related matters. The narrator seems to be Claire Lescot, who steps out of L'Inhumaine and follows Antheil and Lamarr to Hollywood. The second and longer poem, Pages: From a Book of Years , is a kind of manic attempt at remembering in the context of the poet's mother's loss of memory to Alzheimer's disease. The years happen to be 1959, 1941, 1953, 1961 and 1966, all years of great personal significance to the poet, but also years in which the public world intersected the private world in unusual ways. Matthias' father collected yearbooks on a wide variety of subjects. Materials from these yearbooks, along with the poet's high school yearbook which he hadn't seen for forty years, propel themselves into the world of these poems as the poet cleans out the family home and writes his pages, abruptly ending each one at the bottom of his computer screen.