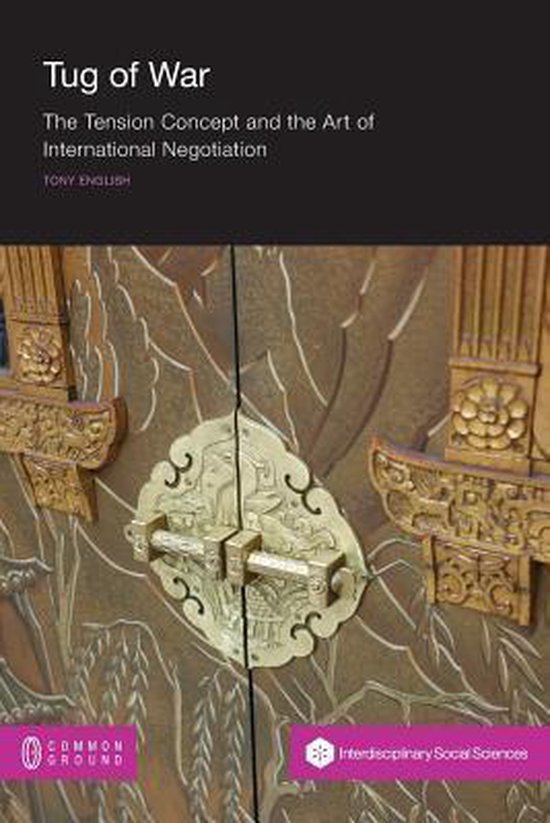 Tony English wrote Tug of War for negotiation experts and others who might be interested in a fresh analytical method which draws on the literature of negotiation but delves into many other disciplines, including international relations, fine arts, philosophy, management, anthropology and psychology. The book focuses on international negotiation but is relevant to negotiation in general. Tony interviewed many veteran negotiators in diplomacy, hostage release and business. He weaves the rich character, skills and experience of individual veterans into the book, and presents two cases in fine detail. The informants include: Hugh Davies, lead British negotiator for the return of Hong Kong to China; Sir Alan Donald, British Ambassador to China and several other countries; Terry Waite, of Beirut kidnap fame; Meg McDonald, Australian Ambassador for the Environment and team leader for the greenhouse gas negotiations at Kyoto; Malcolm Lyon, Australia's lead negotiator for the Torres Strait Treaty with Papua New Guinea; Don Kenyon, Australian Ambassador to Belgium, Luxembourg and the European Union, and former Chairman of the WTO's Dispute Settlement Body; Doug Anderson, Managing Director of P & O Ports; Sam Passow, Research Director of London's Centre for Dispute Resolution; Geo Goon, a major exporter of fruit and vegetables from Australia to the Middle East; Steven Hochman and Kirk Wolcott, dispute resolution advisers to President Jimmy Carter; and a few others who needed anonymity. Tony also draws on his own experience in several countries. At the core of the book is the tension, which comprises complementary phenomena, both physical and abstract, that compete for influence over our behaviour. Profuse forces generate tensions. Tony presents a model of negotiation context that comprises tensions and the forces generating them. Expert negotiators are expert tension managers and therefore have high 'contextual intelligence', a variation on Robert Sternberg's concept of Successful Intelligence in cognitive psychology. Tony links contextual intelligence with seven traits identified in his veterans. Some writers refer to the tension but neglect its nuances and miss its generic value in analyzing negotiations and other human activity as people try to impose manageable order on chaotic information. We are all tension managers, whether or not we are aware of it.