Men and Maculinities in Europe 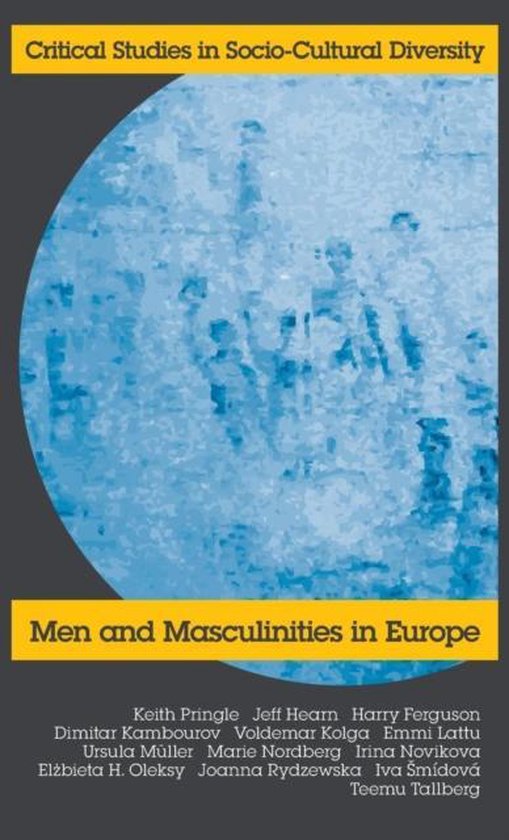 This book reviews the state of knowledge on men and masculinities between ten European countries, emphasising both the differences and the similarities between them. The volume draws upon the outcomes of a recently-completed major research exercise undertaken by network funded by the European Commission-funded Research Network on Men in Europe. It contains contributions by some of Europe's leading scholars in the field. Special emphasis is placed on four key themes: home and work, social exclusion, violences, and health. There is also a particular focus on the fundamental changes taking place in Central and Eastern Europe in the post-socialist period; and to the questions of politics and ethnicity in contemporary Europe. Addressing politics, policy and analysis around men and masculinities in relation to these and other matters is an immensely urgent task not only for European and Trans-European political structures but also for European societies themselves. In the past, masculinity and men's powers and practices were taken for granted. Gender was largely seen as a matter of and for women. This is now changing in the face of rapid but contradictory social change. This book will be essential reading for anyone, whether academic, policymaker, or concerned citizen, who wishes to understand these social processes and their implications for the societies of Europe. Contents: Estonia Voldemar Kolga, Professor of Personality and Developmental Psychology, Head of the Women's Studies Centre, University of Tallinn Finland Jeff Hearn, Professor in the Swedish School of Economics, Helsinki; Emmi Lattu, Doctoral Student at the University of Tampere; Teemu Tallberg, Doctoral Student at the Swedish School of Economics, Helsinki; Hertta Niemi, Research Assistant and Doctoral Student at the Swedish School of Economics, Helsinki Germany Ursula Muller, Full Professor of Sociology and Director of the Interdisciplinary Women's Studies Centre, University of Bielefeld Ireland Harry Ferguson, Professor of Social Work, University of the West of England Latvia Irina Novikova, Director of the Centre for Gender Studies, University of Latvia Poland Elzbieta Oleksy, Full Professor of Humanities and Director of the Women's Studies Centre, University of Lodz and Joanna Rydzewska, Doctoral Candidate, Women's Studies Centre, University of Lodz United Kingdom Keith Pringle, Professor of Social Work, Aalborg University Bulgaria Dimitar Kambourov, Associate Professor in Literary Theory, Sofia University Czech Republic Iva Smidova, Doctoral Researcher, Sociology Department, Masaryk University Sweden Marie Nordberg, Doctoral Student in Ethnology, Goteborgs University. This second edition is part of the Critical Studies in Socio-Cultural Diversity series."