Gary Kasparov on My Great Predecessors 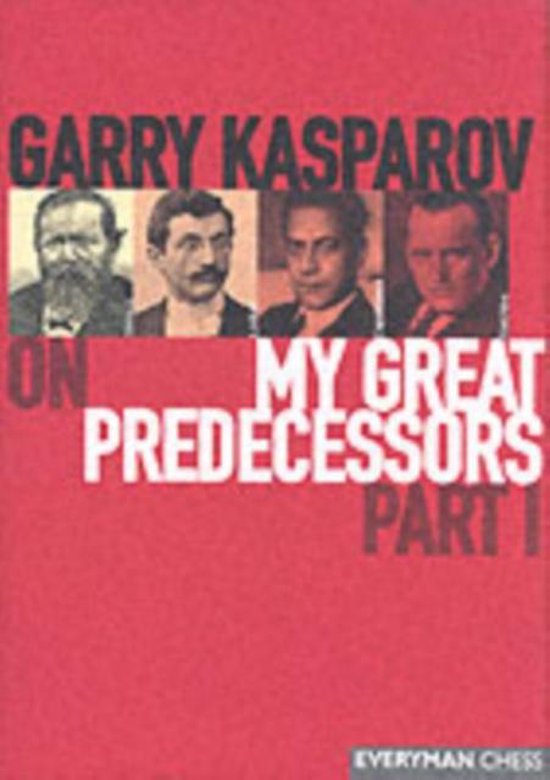 The battle for the World Chess Championship has witnessed numerous titanic struggles which have engaged the interest not only of chess enthusiasts but also of the public at large. The chessboard is the ultimate mental battleground and the world champions themselves are supreme intellectual gladiators. These magnificent compilations of chess form the basis of the first two parts of Garry Kasparov's definitive history of the World Chess Championship. Garry Kasparov, who is universally acclaimed as the greatest chessplayer ever, subjects the play of his predecessors to a rigorous analysis. Part one features the play of champions Wilhelm Steinitz (1886-1894), Emanuel Lasker (1894-1921), Jose Capablanca (1921-1927) and Alexander Alekhine (1927-1935 and 1937-1946). Part two features the play of champions Max Euwe (1935-1937) Mikhail Botvinnik (1946-1957, 1958-1961 and 1961-1963), Vassily Smyslov (1957-1958) and Mikhail Tal (1960-1961). These books are more than just a compilation of the games of these champions. Kasparov's biographies place them in a fascinating historical, political and cultural context. Kasparov explains how each champion brought his own distinctive style to the chessboard and enriched the theory of the game with new ideas. All these games have been thoroughly reassessed with the aid of modern software technology and the new light this sheds on these classic masterpieces is fascinating.