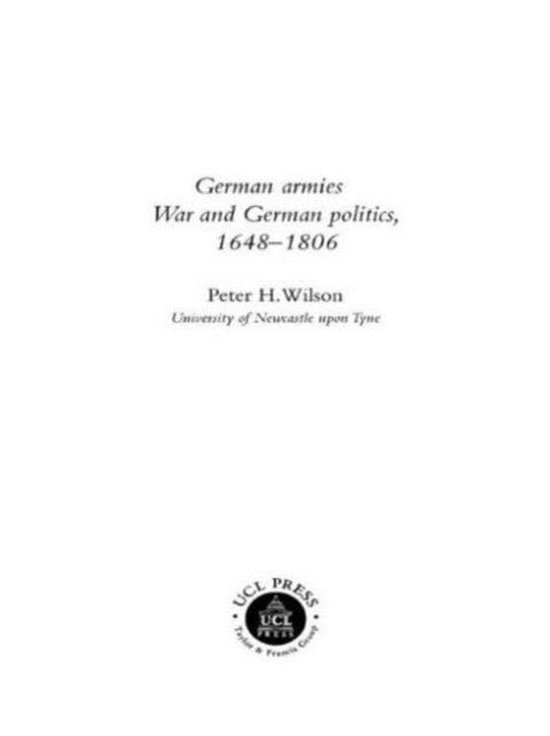 German armies examines the diversity of German involvement in European conflict from the Peace of Westphalia to the age of Napoleon. Challenging assumptions of the Holy Roman Empire as weak and divided, this study provides a comprehensive account of its survival in a hostile environment of centralizing belligerent states. In contrast to the later german states, the Empire was inherently defensive, yet many of its component territories embarked on expansionist, militaristic policies, creating their own armies to advance their objectives. The author examines the resultant tensions and explains the structure and role of the different German forces. In addition, a number of wider issues are addressed, such as war and the emergence of absolutism, the rise of Austria and Prussia as great powers, non-violent forms of conflict resolution and the relative effectiveness of German military and political institutions in meeting the challenge of revolutionary France. Drawing on a range of sources, the author provides a detailed analysis of the German dimension of the great struggles against Louis XIV's France, competition for supremacy in the Baltic and Mediterranean and the prolonged wars with the Ottoman Turks. German armies extends the boundaries of military history by placing ancien regime warfare within a wider social, cultural and international context.