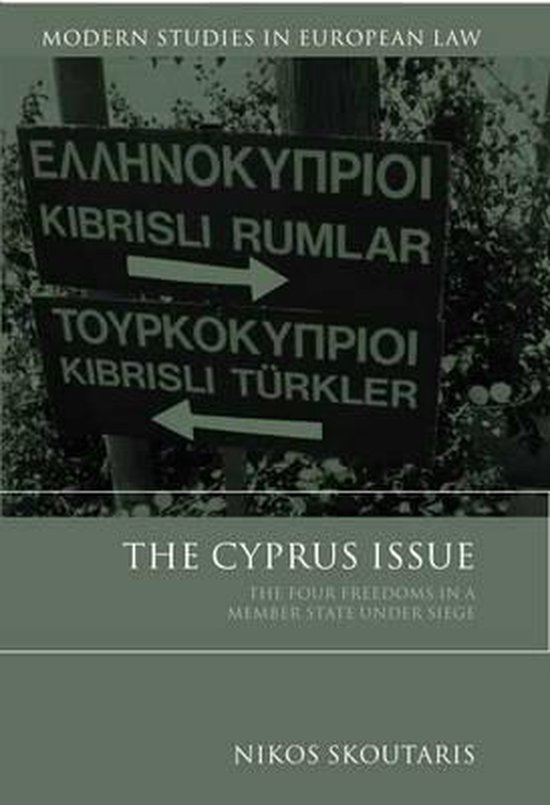 This is a book on the interrelationship of the EU legal order and the Cyprus issue. The book addresses a question which is of great significance for the legal order of the EU (as well as for Cypriots, Turks and Greeks), namely how the Union deals with the de facto division of the island. Despite the partial normalisation of relations between the two ethno-religious groups on the island, Cyprus' accession to the EU has not led to its reunification, nor to the restoration of human rights, nor a complete end to the political and economic isolation of the Turkish Cypriot community. Ironically enough, the accession of the island to the EU actually added a new dimension to the division of the island. According to Protocol 10 on Cyprus to the Act of Accession 2003, the Republic of Cyprus joined the Union with its entire territory. However, due to the fact that its Government cannot exercise effective control over the whole island, pending a settlement, the application of the acquis is 'suspended in those areas of the Republic of Cyprus in which the Government of the Republic of Cyprus does not have effective control.' Given this unprecedented (for an EU Member State) situation of not controlling part of its territory, the book analyses the limits of the suspension of the Union acquis in the areas north of the Green Line. In other words, the telos of this particularly challenging research is to map the partial application of Union law in an area where there are two competing claims of authority.