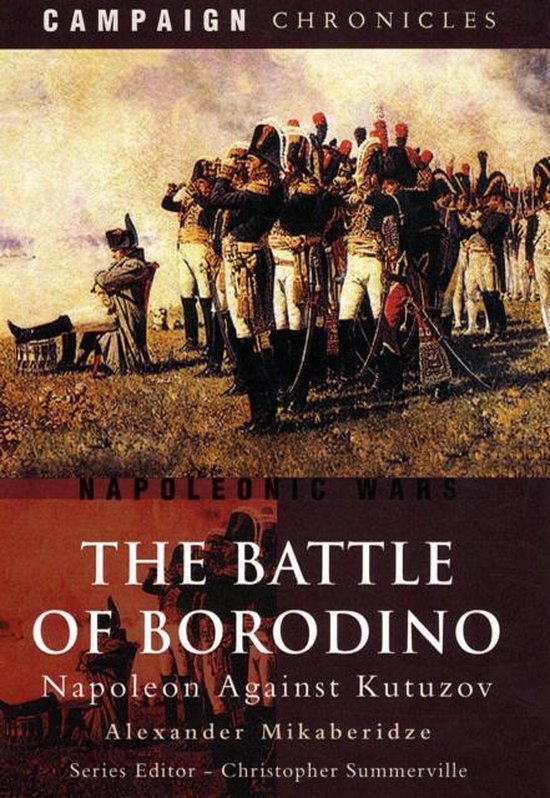 On 7 September 1812 at Borodino, 75 miles west of Moscow, the armies of the Russian and French empires clashed in one of the climactic battles of the Napoleonic Wars. This horrific - and controversial - contest has fascinated historians ever since. The survival of the Russian army after Borodino was a key factor in Napoleon's eventual defeat and the utter destruction of the French army of 1812. In this thought-provoking new study, Napoleonic historian Alexander Mikaberidze reconsiders the 1812 campaign and retells the terrible story of the Borodino battle as it was seen from the Russian point of view. His original and painstakingly researched investigation of this critical episode in Napoleon's invasion of Russia provides the reader with a fresh perspective on the battle and a broader understanding of the underlying reasons for the eventual Russian triumph.This book as just receive second prize by the Literary Committee of the International Napoleonic Society. A total of twelve distinguished works were carefully evaluated and Dr. Mikaberidze's volume has met the rigorous criteria established by the Committee. The quality of the publication, especially in the area of research, originality, style and analysis, represents a significant contribution to Napoleonic Studies. BRILLIANT NEW PERSPECTIVE ON BORODINO Alexander Mikaberidze is one of the most important young Napoleonic scholars in the US, and this book is just another reason why that is the case. There have been a number of studies in English of the Battle of Borodino, fought between Napoleon's Grande Armee and a Russian army led by General Kutuzov. That battle, fought on 7 September 1812 about 75 miles west of Moscow, captures the imagination regardless of which side you would have been on. Both the French and the Russians consider it a victory, and each side can make a decent argument (though to be technical, it was a French victory). Mikaberidze does an outstanding job of telling the story. A native of the Republic of Georgia and holding a PhD from the storied Institute on Napoleon and the French Revolution at the Florida State University, Mikaberidze brings a writing style that reflects not only excellent English but fluency in several other languages (at the very least, French, Georgian and, most importantly here, Russian). He writes in a way that will be interesting to scholars and the 'just interested' alike. His writing is augmented by some outstanding graphics. And he tells the story not just from the somewhat more traditional French perspective, but also from the Russian perspective. From my experience at two international conferences held at the battlefield, I can assure you that the Russians have a very different perspective on things than the French! :-) What makes this book especially important, however, is the incredible breadth of sources used to produce it. Whether you are a scholar wanting verification of any new information or idea, or a general reader who rarely checks the references, you want a book to be based on outstanding research. Well, as my Australian friends would say, 'no worries here, mate.' Mikaberidze's list of sources is amazing. I counted 71 primary Russian sources and probably twice that many Russian secondary sources. These are not English translations, but rather the originals, often from Russian archival sources, and in many cases never used by western scholars until now. Mikaberidze uses an equally impressive set of English, French, German and Polish sources. Again, the reader of this review should not be put off by my discussion of the sources. One can read this book without looking at a single footnote and still learn a great deal about this battle, including the leadup and aftermath. This book gives readers at any level everything they could possibly want--and more. It belongs in anyone's Napoleonic library. J. David Markham Historian/Author www.NapoleonicHistory.com