Uniforms of the German Soldier 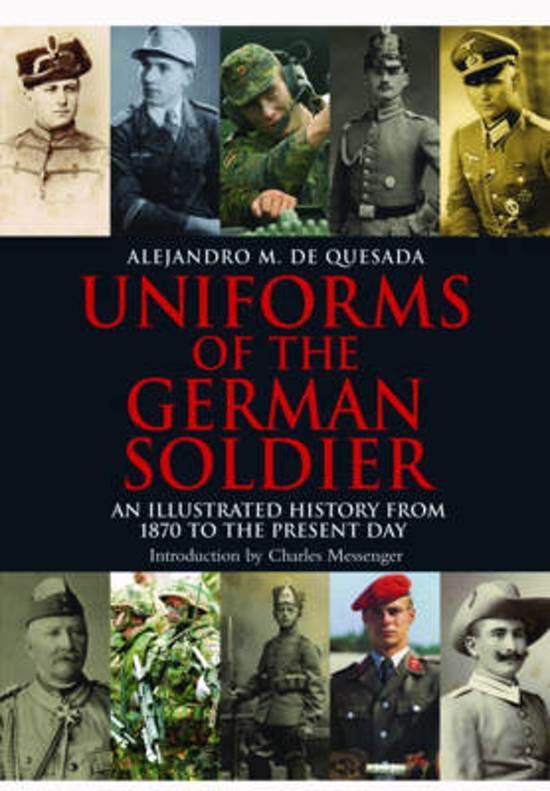 This book presents a fascinating study of the German Army uniform from 1919 to the present day. Detailed captions explain interesting aspect of the soldier's uniform. It features more than fifty colour photographs and more than 400 black and white photographs. From Hitler's Wehrmacht of World War II to the Bundeswehr, the German Army uniform has changed a great deal over the last seventy years. Through periods of glory, defeat and renaissance, the uniform has evolved. Prussianistic and Germanic traditions have remained strong throughout the uniform's history, and can still be found in the insignia and equipment of the present-day soldier. A provisional Reichswehr was formed in 1919, and, for the first time, the German Army had a common uniform for all the federal states of the Weimar Republic. The universal pattern uniform for all ranks and branches of the Reichswehr was a grey and green four-pocket tunic. With Adolf Hitler's rise to power in 1933, the uniform began to take on the ideology of Nazi Germany, and the eagle and swastika was added to the Reichswehr uniform. After the war, the German Army was split in two, with the creation of NVA in East Germany and the Bundeswehr in West Germany. Uniforms of the German Soldier has more than fifty colour photographs and more than 400 black-and-white photographs, giving the reader an unparalleled analysis. Each photograph is accompanied with a detailed caption, explaining interesting aspects of the soldier's uniform, insignia and equipment.