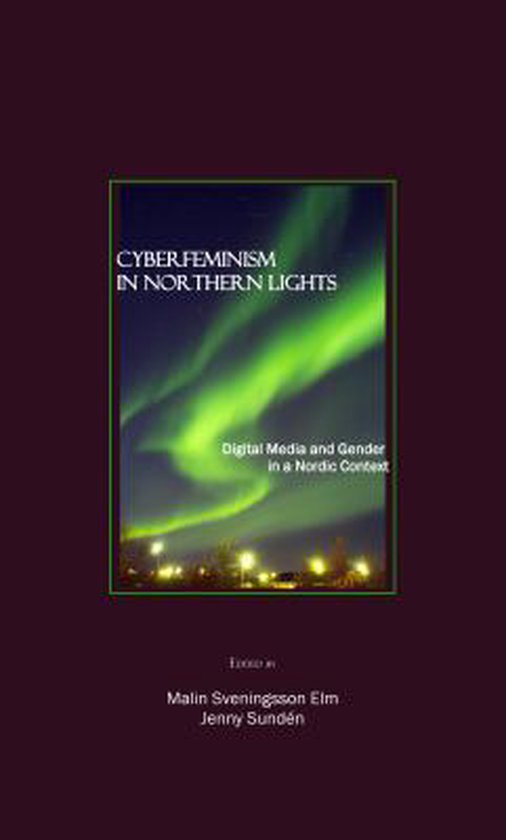 What does it mean to study supposedly global media phenomena from a Nordic perspective? In which ways could a Nordic feminist perspective on digital media make a difference in relation to dominant research traditions? What would be particular and unique about Nordic cyberfeminism - compared to the unmarked version of cyberfeminism dominating the field today? These are some of the questions that this book sets out to answer.Cyberfeminism in Northern Lights: Digital Media and Gender in a Nordic Context pushes the boundaries of contemporary cyberfeminism significantly. Against the background of an expanding body of research in the field of digital media and gender - which to this date has primarily been carried out from an Anglo-American perspective - the book argues that feminist studies of digital media need to become more inclusive and aware of their own geographical and cultural biases and limits.The book takes as its point of departure the knowledge and experiences from the Nordic countries: Norway, Sweden, Finland, Iceland and Denmark. Although often grouped together under the assumed homogeneity of Scandinavia, there are important differences between the countries - but also certain qualities and aspects that run across national borders, which make for an intriguing foundation of this book.Highlighting the work of several of Scandinavia's best internet researchers, this collection shows how our understanding of the intersection of gender and computer technology is both universal and cultural. It's fascinating reading for anyone interested in questions of gender, culture, or social aspects of the internet and serves as a useful corrective for those who assume these issues can be understood without considering them from multiple cultural positions.'Nancy Baym, Associate professor of Communication Studies, University of Kansas.This is a very illuminating, unconventional and agenda-setting collection of essays by a new generation of scholars. Very Nordic in its pragmatic approach, egalitarian spirit and scholarly excellence, it manages to strike a global note. The range, depth and scope of the theoretical concerns, coupled with the originality of the themes discussed casts a new light on a number of crucial issues in feminist cultural studies of science and technology. A delight to read!'Rosi Braidotti, Distinguished professor in the Humanities, Utrecht University.