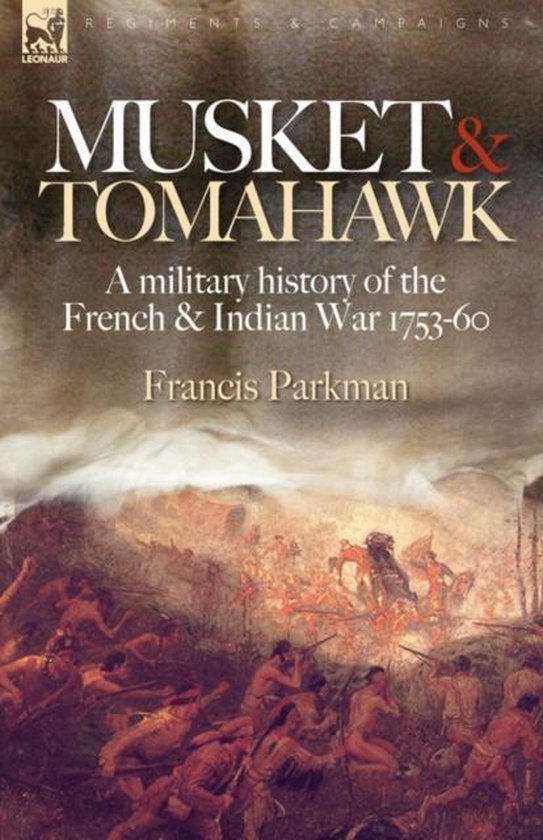 Francis Parkman's history Montcalm and Wolfe, originally published in two volumes is, possibly, the finest history book to come out of America and is the definitive account of the Seven Years War in the New World. It sets the conflict in an historical context and includes both biographies of its principal characters and much about its political consequences. This book, Musket and Tomahawk, has been adapted from Parkman's more expansive work by the Leonaur Editors, especially for those students of military history-both serious and casual-who are primarily concerned with the war itself. This was a war fought under blazing suns and driving snows. It was fought in the deep forests, on lakes and rivers and on the slopes of mountains. It was a war of ambuscade, sieges, massacres and the storming of palisades and burning blockhouses. It brought collisions in full battle between the regular troops of Britain and France, but it also embraced militias drawn from the settlers of both sides including famous backwoodsmen and scouts who became the Rangers. Not least of those embroiled were the deadly indigenous people of the land-the Indian tribes of the Eastern Woodlands-who fought according to their individual loyalties to each side and who brought a colour and savagery which was unique to this frontier conflict. Musket and Tomahawk is a riveting story of a war that has always fascinated students of military history because of its very diversity.