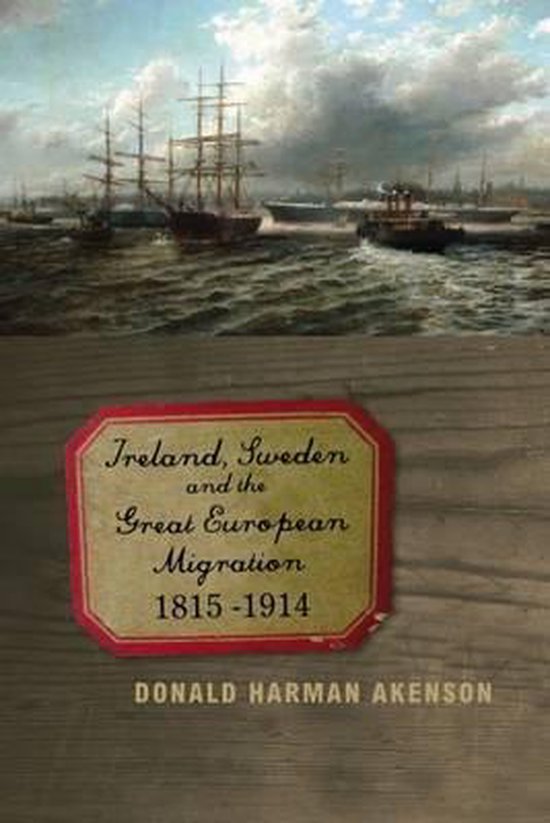 This book is the product of Donald Akenson's decades of research and writing on Irish social history and its relationship to the Irish diaspora - it is also the product of a lifetime of trying to figure out where Swedish-America actually came from, and why. These two matters, Akenson shows, are intimately related. Ireland and Sweden each provide a tight case study of a larger phenomenon, one that, for better or worse, shaped the modern world: the Great European Diaspora of the true nineteenth century. Akenson's book parts company with the great bulk of recent emigration research by employing sharp transnational comparisons and by situating the two case studies in the larger context of the Great European Migration and of what determines the physics of a diaspora: no small matter, as the concept of diaspora has become central to twenty-first-century transnational studies. He argues (against the increasing refusal of mainstream historians to use empirical databases) that the history community still has a lot to learn from economic historians; and, simultaneously, that (despite the self-confidence of their proponents) narrow, economically based explanations of the Great European Migration leave out many of the most important aspects of the whole complex transaction. Akenson believes that culture and economic matters both count, and that leaving either one on the margins of explanation yields no valid explanation at all.