What Caesar Did For My Salad 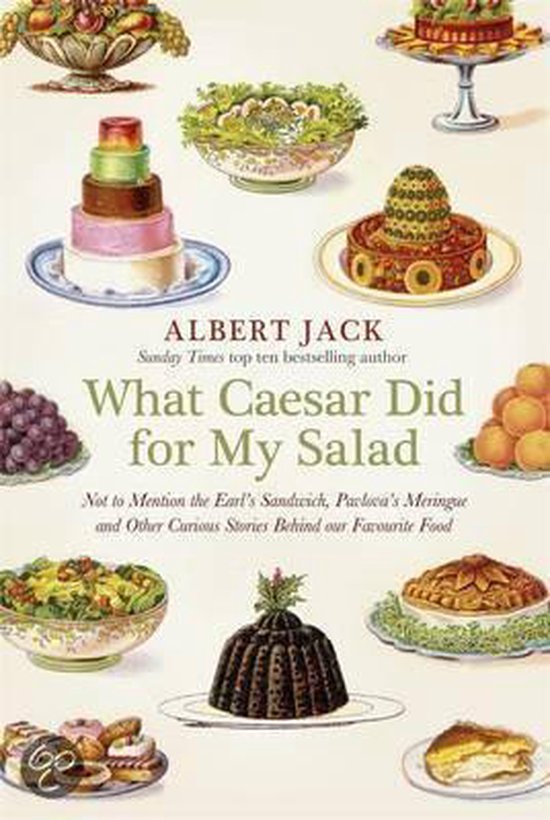 Did you know that the Cornish pasty was invented to protect tin miners from arsenic poisoning, or that the word 'salary' comes from Roman soldiers being paid their wages in salt? Why do we eat goose (or turkey) at Christmas? Is the Scotch egg actually from Scotland and what did some retired crusaders have to do with French toast? Who was the original Earl Grey and what sauce was inspired by Parliament? What dish was invented by Greek bandits on the run? Why were hot cross buns seen as magical and what's so rebellious about a haggis or medicinal about a gin and tonic? Did you know what the romantic history is behind the Bakewell Pudding? Albert Jack tells the strange tales behind our favourite dishes and drinks and where they come from (not to mention their unusual creators). What Caesar Did For My Salad is bursting with fascinating insights, characters and enough stories to entertain a hundred dinner parties.