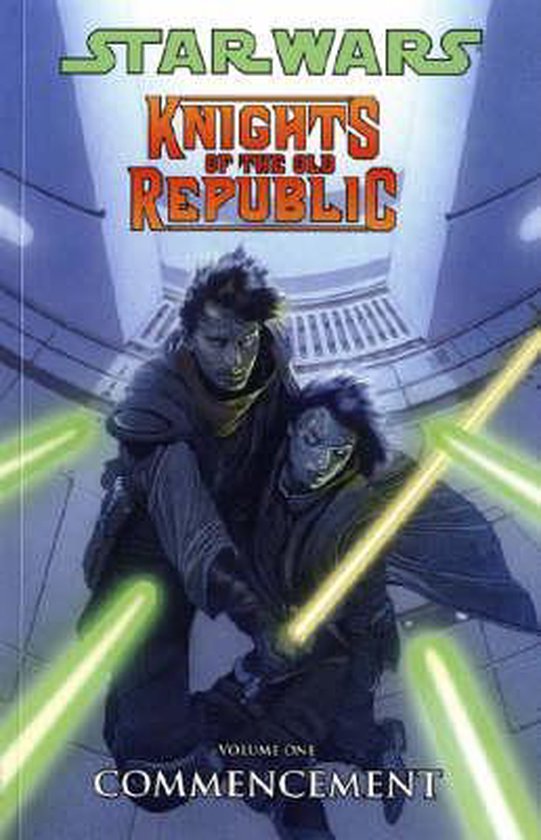 Thousands of years before Luke Skywalker would destroy the Death Star in that fateful battle above Yavin 4, one lone Padawan would become a fugitive hunted by his own Masters, charged with murdering every one of his fellow Jedi-in-training! From criminals hiding out in the treacherous under-city of the planet Taris, to a mysterious droid recovered from the desolate landscape of a cratered moon, Padawan Zayne Carrick will find unexpected allies in his race to clear his name! Set during the era of the smash-hit videogames, Knights of the Old Republic features all-new characters and is the perfect introduction for anyone interested in exploring the universe beyond the movies!