March on Paris and the Battle of the Marne 1914 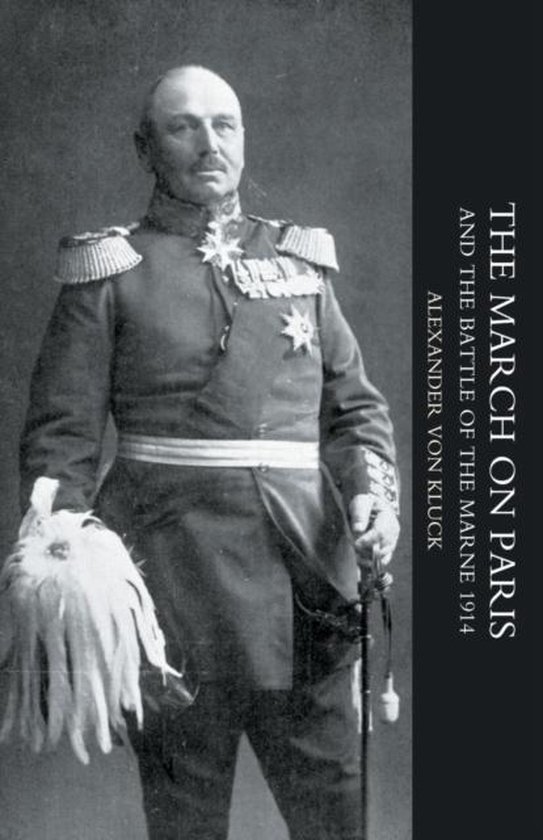 "Long-out-of-print account of the first weeks of the Great War by Alexander von Kluck, Commander of the German First Army, which fought and lost the decisive Battle of the Marne after clashing with the BEF at Mons and Le Cateau.
...Von Kluck was given the crucial role in 1914 of commanding the German First Army, the "fist' of the famous Schlieffen Plan to knock out France in a lightning six-week campaign. Kluck's mission was to march through Belgium (bringing Britain into the war), drive through north-east France and scoop up Paris, thus trapping the main French armies between their capital and the Franco-German frontier where the German left-wing was waiting. Kluck did all that was asked of him, but when Schlieffen's plan left the drawing board and was tested on the battlefield, it began to unravel. Firstly, the British Expeditionary Force arrived in France much faster than the Germans had expected, fighting delaying actions against Kluck at Mons and Le Cateau. Secondly, as he approached Paris, Kluck's exhausted army began to lose touch with the Second Army of von Bulow to their left. Crucially, Kluck sidestepped westwards to keep in touch with Bulow, thus giving France's General Joffre the chance to launch the counterstroke attack on his flank that became the Battle of the Marne; a series of engagements which first checked, then reversed, the hitherto victorious German onslaught. Cyril Falls, doyen of Britain's Great War historians, called Kluck's book "One of the most interesting and important of German war books'. Written with all the headstrong fierceness which made Kluck famous, this book is one which no student of the Great War will want to miss. It comes complete with maps, an appendix giving the First Army's Order of Battle, and a frontispiece photograph of the author."—N&M Press Reprint