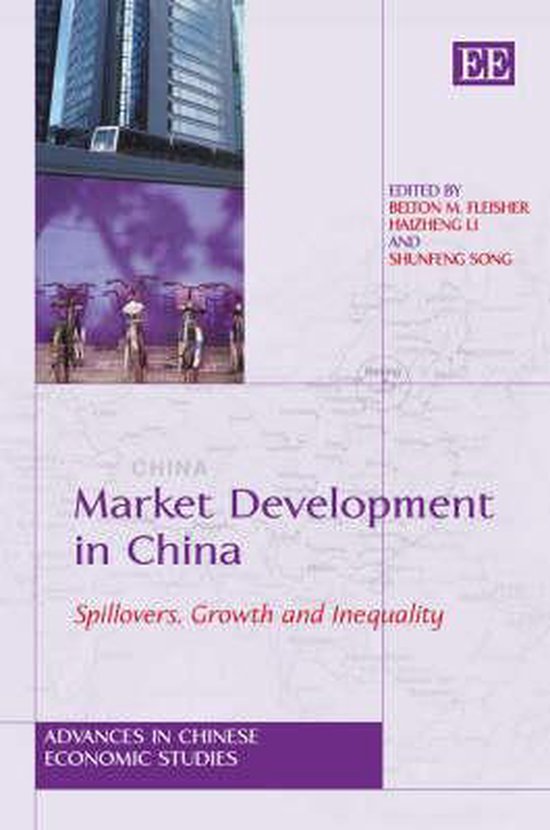 Market Development in China presents the analysis of leading specialists on the causes, benefits and problems resulting from China's transition to a market economy. As the authors illustrate, it is generally recognized that in the last 25 years China has achieved a rate of economic growth unmatched in any of the world's major countries. However, this growth has been unequally shared, so that by the year 2000, China also exhibited what to many observers was an alarming degree of income inequality at individual, sectoral, and regional levels. This books deals with several facets of China's spectacular economic growth and its rising income inequality. It is shown that geographical and sectoral distribution of social services has increased the degree of inequality among Chinese households. On the positive side though, there is evidence that regionalization of commodity markets has decreased, promoting pricing equality, which is surely a cornerstone of income equality. Analysis is also presented on regional technology spillovers, rural-urban labor migration, and the relationship between FDI and the ability of state-owned enterprises to cope with the pressures of hard budget constraints. The book provides updated evidence on China's social and economic inequalities and their causes. The contributions make up a cohesive and valuable study that will appeal to scholars and researchers at many levels of academe in the fields of economics, Asian studies - and Chinese studies in particular - as well as development economists.