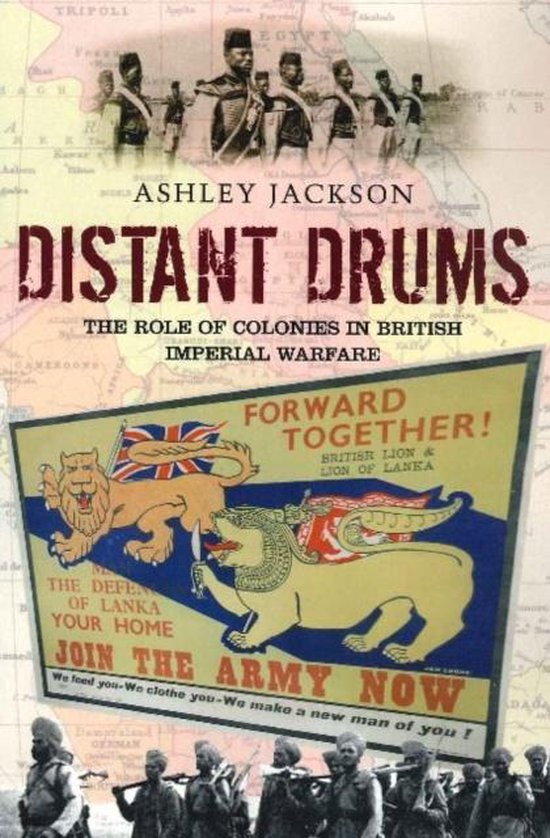 Distant Drums reveals how colonies were central to the defence of the British Empire and the command of the oceans that underpinned it. It blends sweeping overviews of the nature of imperial defence with grass-roots explanations of how individual colonies were mobilised for war, drawing on the author's specialist knowledge of the Indian Ocean and colonies such as Bechuanaland, Ceylon, Mauritius, and Swaziland. This permits the full and dramatic range of action involved in imperial warfare -- from policy-makers and military planners in Whitehall to chiefs recruiting soldiers in African villages -- to be viewed as part of an interconnected whole. After examining the martial reasons for acquiring colonies, the book considers the colonial role in the First World War. It then turns to the Second World War, documenting the recruitment of colonial soldiers, their manifold roles in British military formations, and the impact of war upon colonial home fronts. It reveals the problems associated with the use of colonial troops far from home, and the networks used to achieve the mobilisation of a global empire, such as those formed by colonial governors and regional naval commanders. The book is an important contribution to our understanding of the role of British colonies in twentieth-century warfare. The defence of empire has traditionally been associated with the military endeavours of Britain and the 'white' Dominions, with the Indian Army sometimes in the background. This book champions the crucial role played by the other parts of the British Empire -- the sixty or so colonies spread across the globe -- in delivering victory during the world wars of the twentieth century.