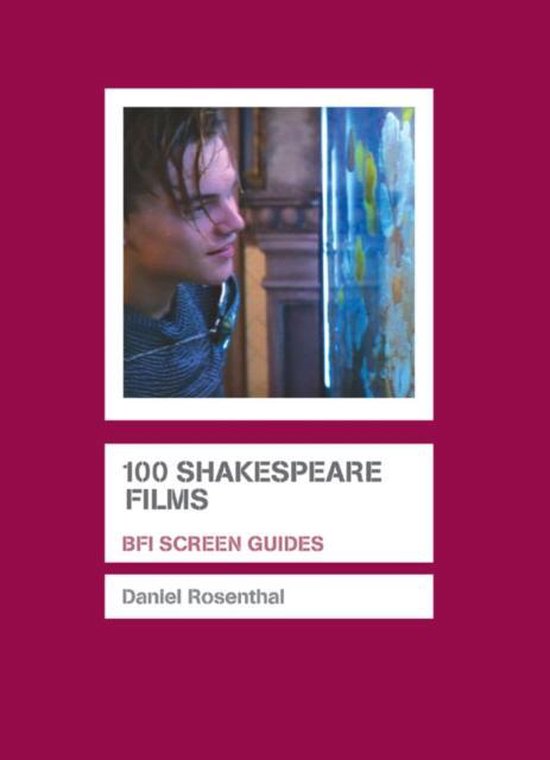 From Oscar-winning British classics to Hollywood musicals and Westerns, from Soviet epics to Bollywood thrillers, Shakespeare has inspired an almost infinite variety of films. Directors as diverse as Orson Welles, Akira Kurosawa, Franco Zeffirelli, Kenneth Branagh, Baz Luhrmann and Julie Taymor have transferred Shakespeare's plays from stage to screen with unforgettable results. Spanning a century of cinema, from a silent short of The Tempest (1907) to Kenneth Branagh's As You Like It (2006), Daniel Rosenthal's up-to-date selection takes in the most important, inventive and unusual Shakespeare films ever made. Half are British and American productions that retain Shakespeare's language, including key works such as Olivier's Henry V and Hamlet , Welles' Othello and Chimes at Midnight , Branagh's Henry V and Hamlet , Luhrmann's Romeo + Juliet and Taymor's Titus . Alongside these original-text films are more than 30 genre adaptations: titles that aim for a wider audience by using modernized dialogue and settings and customizing Shakespeare's plots and characters, transforming Macbeth into a pistol-packing gangster ( Joe Macbeth and Maqbool ) or reimagining Othello as a jazz musician ( All Night Long ). There are Shakesepeare-based Westerns ( Broken Lance , King of Texas ), musicals ( West Side Story , Kiss Me Kate ), high-school comedies ( 10 Things I Hate About You , She's the Man ), even a sci-fi adventure ( Forbidden Planet ). There are also films dominated by the performance of a Shakespearean play ( In the Bleak Midwinter , Shakespeare in Love ). Rosenthal emphasises the global nature of Shakespearean cinema, with entries on more than 20 foreign-language titles, including Kurosawa's Throne of Blood and Ran , Grigori Kozintsev's Russian Hamlet and King Lear , and little-known features from as far afield as Madagascar and Venezuela , some never released in Britain or the US. He considers the films' production and box-office history and examines the film-makers' key interpretive decisions in comparison to their Shakespearean sources, focusing on cinematography, landscape, music, performance, production design, textual alterations and omissions. As cinema plays an increasingly important role in the study of Shakespeare at schools and universities, this is a wide-ranging, entertaining and accessible guide for Shakespeare teachers, students and enthusiasts.