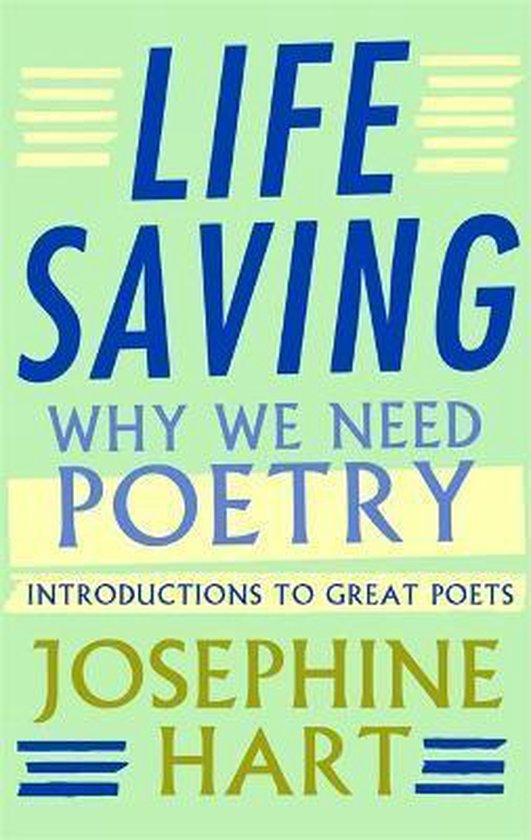 Josephine Hart, author of the bestselling novel Damage, had what she called 'a long love affair' with poetry. It was an affair that started as a child and lasted until her untimely death at the age of sixty-nine in 2011. She said 'I was a word child' growing up in Ireland 'a country of word children where life was language before it was anything else'. As a teenager and later she found the poetry of Eliot, Larkin, Yeats and others a lifeline,'a route map through life'. In the late 1980s, Hart, by now a successful West End theatre producer, began a hugely popular event in which actors read the words of the great poets to an enraptured audience. In 2004, The Josephine Hart Poetry Hour moved to the British Library, where it remains today. By her own admission, Josephine Hart gave 'dead poets society' . But she also gave them intelligent and exciting introductions; all of which are now collected here in this volume. They are insightful, even great, works in their own right. Life Saving leaves us an inspiring legacy. It takes us on a journey of the imagination to some of the greatest poems written in the English language and allows us to understand, intuitively and deeply, why poetry matters.