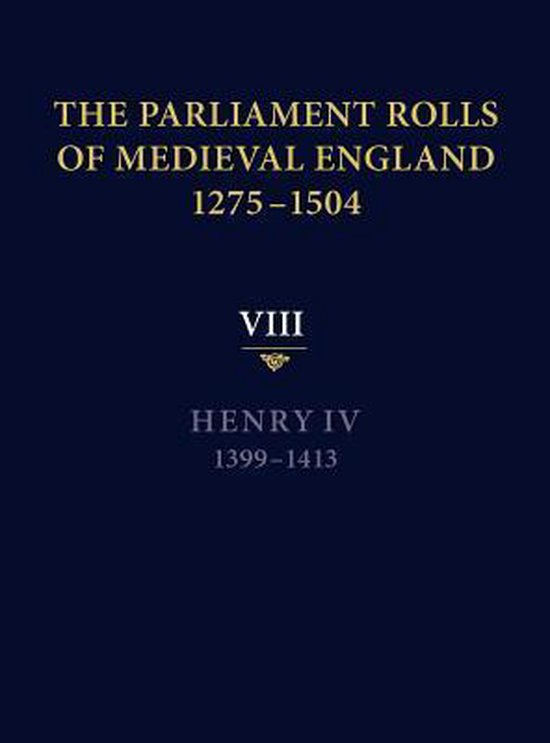 The rolls of parliament were the official records of the meetings of the English parliament from the reign of Edward I (1272-1307) until the reign of Henry VII (1485-1509), after which they were superseded by the journals of thelords, and, somewhat later, the commons. The nine parliaments held during the reign of Henry IV (1399-1413) witnessed some of the most dramatic encounters between king and commons of the middle ages, especially those of the first seven years of the reign. Principles which were to become staples of parliamentary debate, such as the demand for redress of grievances before grant of supply, insistence on the accountability to parliament of royal ministers, and the right of those who granted taxes to determine how they should be used (appropriation of supply) were openly demanded and to some extent conceded by the king. These demands reached a climax in the Long Parliament of 1406,which lasted for nine months, twice as long as any previous English parliament, and witnessed a prolonged stand-off between king and commons. The second half of the reign saw more docile parliaments, although the struggle betweenthe king and his son, the future Henry V, for control of the executive produced some dramatic parliamentary moments such as an attempt to force the king to abdicate. These early fifteenth-century parliaments also witnessed the passing of some extremely interesting social and religious legislation on matters such as heresy, law and order and the regulation of labour. The rolls from the period are reproduced in their entirely, complented by a full translation of all the texts from the three languages used by the medieval clerks (Latin, Anglo-Norman and Middle English). Chris Given-Wilson is Professor of Late Medieval History, University of St Andrews.