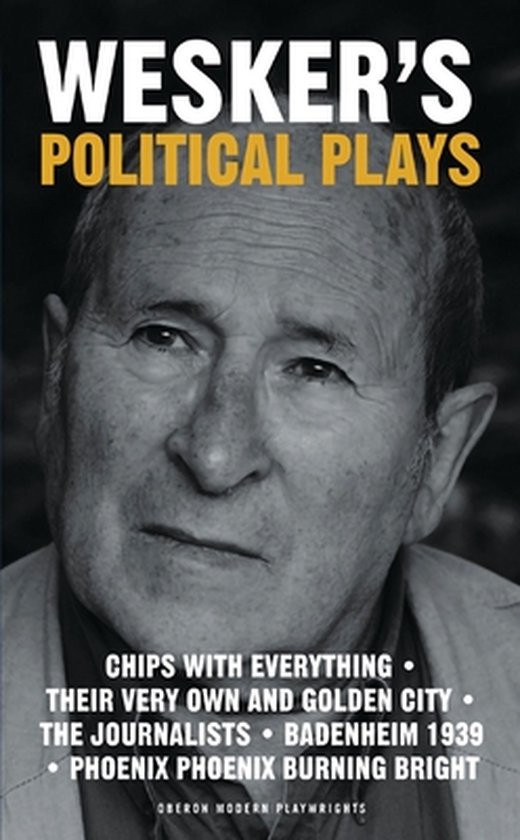 Includes the plays Chips With Everything, Their Very Own and Golden City, The Journalists, Badenheim 1939 and, published here for the first time, Phoenix Phoenix, Burning Bright. Described variously as 'a dangerous playwright, 'a melancholy optimist', and 'the unique outsider in the British Theatre', Arnold Wesker is one of Britain's most celebrated playwrights. This latest volume in Oberon Books' Wesker series brings together five of his political plays. It features some of his best-known works including Chips With Everything, perhaps the most celebrated of his plays, and about which Harold Hobson, writing in The Sunday Times in 1961, said 'this is the first play of which the Establishment need be afraid.'