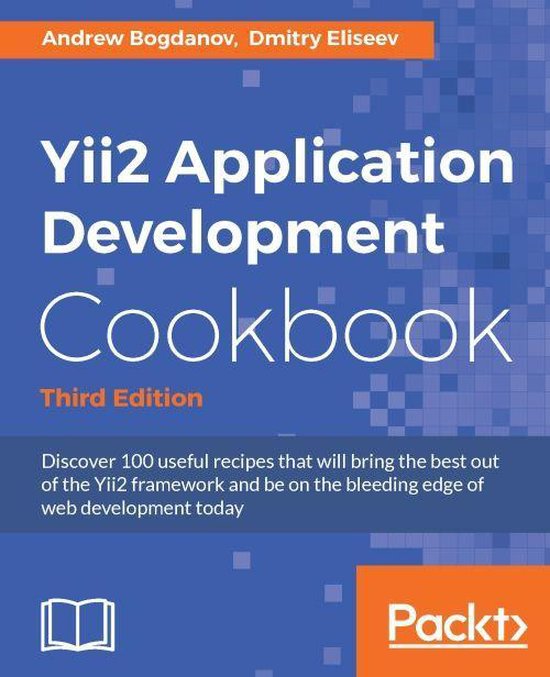 Who This Book Is For

This book is for developers with good PHP5 knowledge and MVC-frameworks who have tried to develop applications using the Yii 1.x.x version. This book will very useful for all those who would like to try Yii2, or those who are afraid to move from Yii 1.x.x. to Yii2. If you have still not tried Yii2, this book is definitely for you!What you will learnIn Detail

Yii is a free, open source web application development framework written in PHP5 that promotes clean DRY design and encourages rapid development. It works to streamline your application development time and helps to ensure an extremely efficient, extensible, and maintainable end product. Being extremely performance optimized, Yii is a perfect choice for any size project. However, it has been built with sophisticated, enterprise applications in mind. You have full control over the configuration from head-to-toe (presentation-to-persistence) to conform to your enterprise development guidelines. It comes packaged with tools to help test and debug your application, and has clear and comprehensive documentation.

This book is a collection of Yii2 recipes. Each recipe is represented as a full and independent item, which showcases solutions from real web-applications. So you can easily reproduce them in your environment and learn Yii2 fast and without tears. All recipes are explained with step-by-step code examples and clear screenshots.

Yii2 is like a suit that looks great off the rack, but is also very easy to tailor to fit your needs. Virtually every component of the framework is extensible. This book will show how to use official extensions, extend any component, or write a new one.

This book will help you create modern web applications quickly, and make sure they perform well using examples and business logic from real life. You will deal with the Yii command line, migrations, and assets. You will learn about role-based access, security, and deployment. We'll show you how to easily get started, configure your environment, and be ready to write web applications efficiently and quickly.