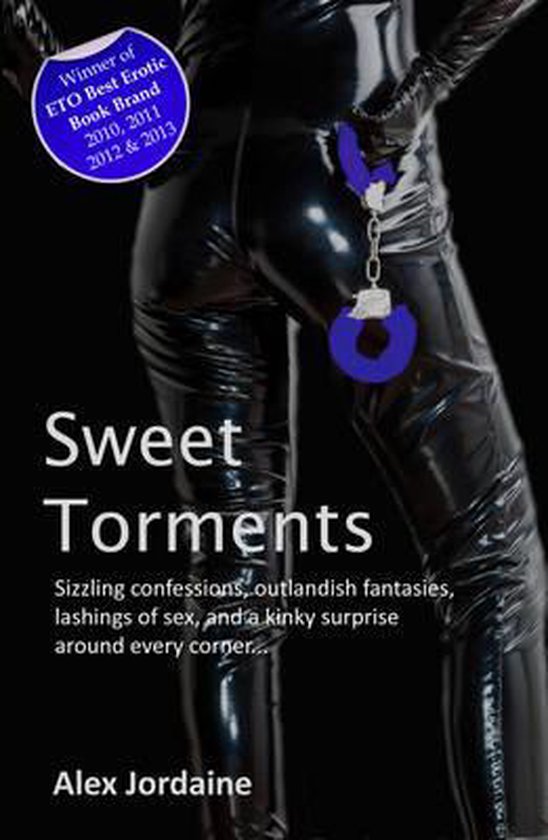 Disciplining Dee Master John is crazy about his slave Dee. But her constant wilfulness is threatening to destroy their relationship. In desperation he turns for help to the formidable Mistress Isabella. The dominatrix offers to discipline John's feisty slave herself and in the process give the young woman such a shock to the system that it will cure her of her wilfulness once and for all. Isabella is determined to break Dee but the stubborn slave is equally determined that she won't be broken. The epic battle of wills that follows can only have one winner. One-way Swap Christine willingly lets her voyeuristic husband Peter watch her having sex with strangers. He views the steamy action through a one-way mirror and masturbates. The couple greatly enjoy playing out this kinky surrogate ritual, which they've come to crave like a powerful drug. And Christine simply loves to give Peter something really worth watching. She always puts on as good a show as possible for him. But you never know for sure how it'll go with one-night stands. After all, it takes two to tango, as they say. Sometimes it takes more than two ... The Choice London-based high-flyers Lauren and Sam have known each other since schooldays, and though Lauren was surprised when Sam came out , she didn't see it affecting their friendship. But she was wrong. Because on a chance visit, feelings are stirring which Lauren has never experienced before. And now her closest friend is offering her a massage ... It's time to decide: friend or lover? Dreamscape Newlyweds Chris and Helena can't get enough of each other, but there's so much they still have to learn about their spouse's fantasies and desires. On the final night of their honeymoon, Helena weaves a story where nothing is out of bounds and she and Chris can enjoy the delights of an encounter in this erotic dreamscape which begins with the arrival of a gorgeous and very versatile shemale ... It's A Sin I've been brought up to be a devout Roman Catholic, but Jerry, with his blond hair, pretty face and lithe athletic body is just too much of a temptation. When he invites me to his house I can't resist. And being initiated into the delights of boy fun turns out to be the most satisfying as well as the most sinful time of my life. That Eureka Moment Everyone has their own eureka moment, when the pieces fall into place and they realise whether they're dominant or submissive, a sadist or a masochist. But what brings about this realisation, and how do you react to the revelation that you're a top or a bottom. For Julie, it's a rummage through her lover's secret toy box that unleashes her desire for restraint, while Lauren's discovery of her partner's illicit affair prompts her to take a punishing revenge ... Showtime Carol and Peter are enjoying their holiday in Provence and their days have settled into a familiar pattern. So have their nights. That's when Carol dresses to impress and seduce, and heads out alone to find a sexual partner to bring back to their villa. There are rules - these strangers don't get to stay all night and although Peter never meets them face to face, he always, but always, gets to watch. The Best Laid Plans Jacqui's seriously got the hots for Anne, the woman she's temporarily lodging with. She's resolved to have sex with her before leaving her home even though she knows Anne's happily married. It's now or never because Jacqui's due to move out tomorrow morning, and she pulls out all the stops to seduce her. But Anne's having none of it and punishes Jacqui severely for showing such temerity. Jacqui's never experienced such pain. But with the pain comes intense pleasure. She finds herself wanting - no, craving - more punishment from Anne, who certainly doesn't disappoint. Last Slave Standing Jay and two other hunky male slaves attend a select S&M play party to christen the new dungeon of Jay's sadistic Mistress, Kate. She has created a thrillingly punishing and perverse competition between all three of the naked slaves for the erotic entertainment of herself and her two fellow leather-clad dominatrixes. However it turns into a harrowing ordeal for Jay as he finds himself becoming as much a slave to an insidious clock as he is to his mistress. Into The Dark Woods Deep in the woods, a group of young men meet to jack off and enjoy each others' bodies. Membership is not exclusive, but there's a punishing initiation ceremony that has to be endured first. And what kind of man would willingly put himself forward for that kind of exquisite pain and pleasure not once, but twice? Transformation Sam knows he's good looking, but in an undeniably feminine way. And regarding his own reflection, he has the urge to unleash the gorgeous woman he's long felt has resided within him. But how will his partner, Kate, react when Sam is transformed into Samantha? Anita and Angie Get Wet The last thing Angie wants to do on this rainy night is visit her stepmother, a woman she can't stand. Angie's lover, Anita, taunts and teases her unmercifully with lurid accounts of the raunchy things she'll be doing in Angie's absence. Angie becomes thoroughly juiced-up as a result of Anita's efforts, as indeed does Anita herself. Angie wonders desperately if there might be a way she can get out of the visit she's dreading and instead stay in and have hot sex with Anita. Her lover shows her the way - outrageously.