1111th Engineer Group In The Bulge: The Role Of Engineers As Infantry In Airland Battle 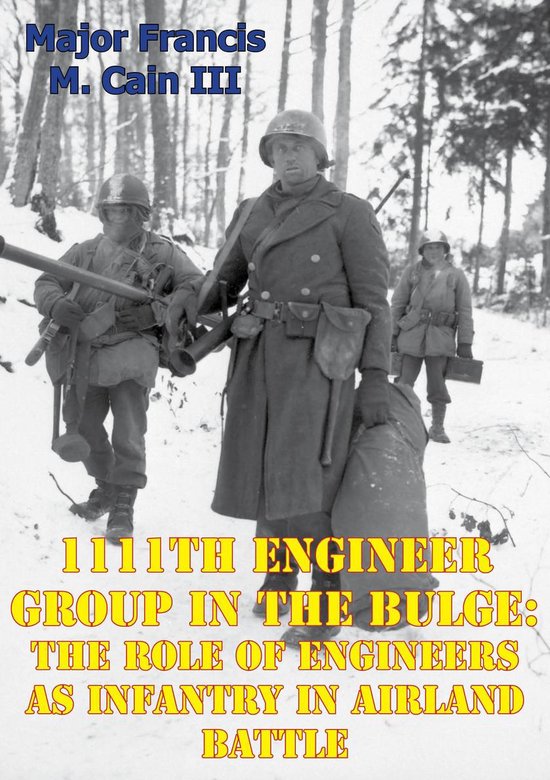 This study examines the role of U.S. Army Engineers fighting as infantry in AirLand Battle by analyzing the actions of the 1111th Engineer Combat Group during the Battle of the Bulge in Dec. 1944. By manning hasty defensive positions at Malmedy, Stavelot, and Trois Ponts, the 291st Engineers and C Company, 51st Engineers delayed the German advance long enough for 30th Infantry and 82d Airborne Divisions to reach the area and wrestle the initiative from Sixth Panzer Army. The defense of the Ourthe River line by elements of the 51st Engineers was instrumental in delaying 116th Panzer Division long enough for 3rd Armored and 84th Infantry Divisions to reach defensive positions in front of the Meuse River.

The Battle of the Bulge displays many of the characteristics of a Soviet attack on NATO. Like the Ardennes in Dec. 1944, NATO's Central Front is held by units which are overextended, untested in combat, and locked into a rigid forward defense with limited tactical reserves and no operational reserves. Under these circumstances, if Soviet forces do penetrate the Main Battle Area, engineer units are likely to be committed as infantry to block or contain the penetration. Like the Battle of the Bulge, we can expect a non-linear battlefield with fragmented, isolated units-a battlefield dominated by confusion and uncertainty. It is in exactly this type of situation that the actions of a few brave, determined men can make the difference between victory and defeat. By manning small, isolated defensive positions, the men of the 1111th Engineer Group provided the extra measure of combat power that tipped the scales of victory in favor of the Allies in Dec. 1944.