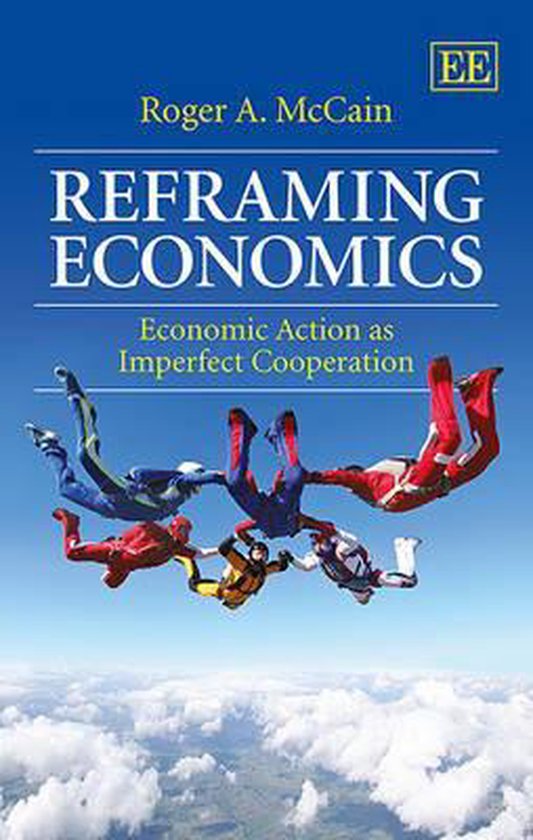 For most of the 20th century economists focused on competition as the driving force of the modern capitalist economy. In his thoughtful and readable book, Roger A. McCain offers a different frame of reference for economists. Using game theory's distinction between cooperative and non-cooperative games, he defines economics as the study of the development of cooperative agreements in the economy and the failure to bring them about. Orthodox economists who think in terms of a competitive model and heterodox economists who adhere to a class conflict paradigm will both find their ideas challenged by McCain's new frame that sees mature capitalism as the result of class compromise based on an imperfectly cooperative game.' - Donald R. Stabile, St. Mary s College of Maryland, USThe objectives of this book are twofold. Firstly, it proposes that economics should be defined as a study of imperfect cooperation. Secondly, it elucidates the continuities that extend from classical political economy through the neoclassical, Keynesian, and modern economics of the twenty-first century. Roger McCain explores economics as the study of cooperative arrangements, or the ways in which people work together. He asserts that there is no 'new paradigm', but rather a more encompassing cognitive frame. In the same spirit, the book borrows freely, without doctrinarism, from Austrian and other heterodox traditions - including Marxism where it is helpful - and social philosophers in the social contract tradition. Game theory of both branches plays a key role throughout. Presenting an innovative new framework for the major topics that together make up economic theory, this highly accessible book will strongly appeal to economics scholars, researchers and students, especially those in the fields of heterodox economics and the history of economic thought. Contents: 1. Introduction Part I: How People Work Together 2. Production: The Benefit of Working Together 3. Game Theory: Problems of Working Together 4. Exchange: How Difference Enriches Us 5. Further Benefits of Working Together: Sharing Risk Part II: Information is Not Free 6. Information is Not Free 7. Governance 8. A Grand Coalition of the Whole Society 9. Macroeconomics 10. Political Economy Index