The Man Who is Mrs Brown - The Biography of Brendan O'Carroll 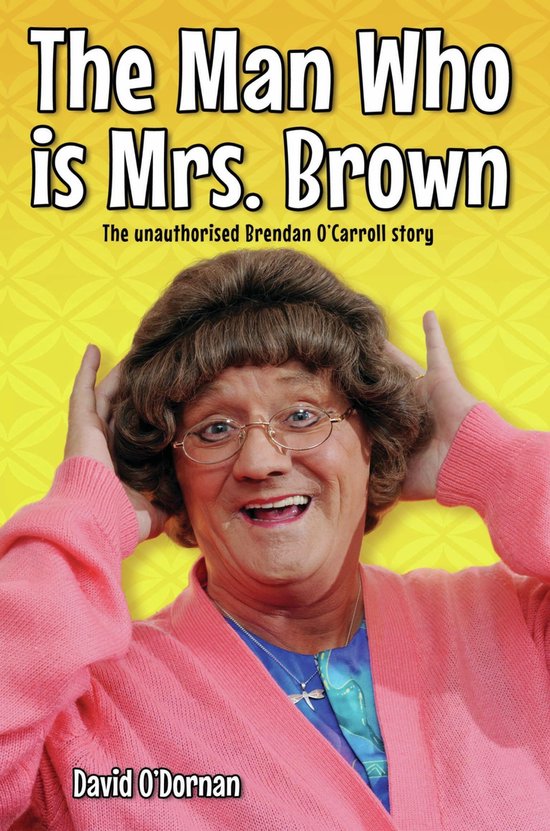 When Brendan Oâ€™Carroll, creator and star of Mrs Brownâ€™s Boys, stood on stage to collect his first BAFTA for the phenomenally successful comedy series in 2012, it marked a new milestone in his incredible career. Finally, he was being acknowledged as a worldwide sensation in his role as the irrepressible â€~Mammyâ€™ Agnes Brown.

Over the last few years, Brendan has spread his wings to taste success as an author, a playwright, a comedian, an actor, a television star and more, picking up major awards along the way. But it hasnâ€™t always been a bed of roses for the Dubliner, who started off life working as a waiter before evolving into the hardest working man in showbiz.

Born in 1955 as the youngest of 11 children, he grew up in a two-bedroom corporation house in the rough-and-tumble working class area of Finglas in north Dublin. After his father Gerard died, when Brendan was just seven years old, his formidable mother Maureen â€'' who influenced Brendanâ€™s future career â€'' raised him on his own.

Life truly didnâ€™t begin until 40 for Brendan, who left school aged just 12 and tried his hand at anything to earn a living, including jobs as a milkman, DJ, bar manager and painter and decorator. But after being persuaded to have a go on the comedy circuit it was the the beginning of a new dawn in Brendanâ€™s life that would see him become the man with the Midas touch.

In the years since, his work rate has become phenomenal as his earthy comedy has become a global hit, he found love again with his second wife and co-star Jennifer Gibney and he has become rich beyond his wildest dreams thanks to his foul-mouthed matriarch Mrs Brown.

In this first ever biography of the star, David Oâ€™Dornan reveals the extraordinary rags to riches journey Brendan Oâ€™Carroll has made to become a comedy genius loved by millions of devoted fans. This is a must-read book for any fan and includes exclusive interviews with those nearest and dearest to the star.