Who the Hell is Alice? My Story - Alice Barry 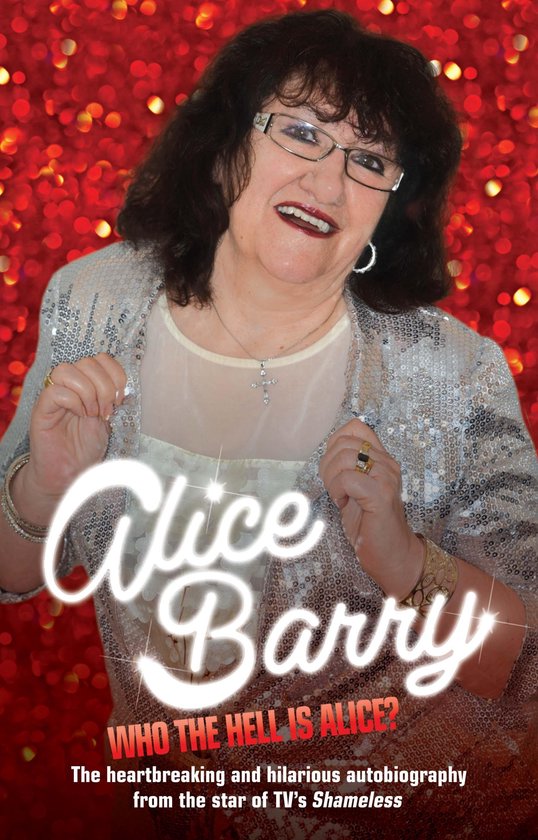 Her face is simply unmistakable as the council house based brothel madam, Lillian, in Channel 4's long running brilliant cult drama 'Shameless,' based on a Manchester sink estate. By her own admission not exactly the Bridget Bardot of the North West, she is fiercely and unapologetically proud of her working class roots and the many obstacles she has overcome in forging an acting career. In her long awaited autobiography she details her almost barbaric treatment as a youngster during her formative school years at the hands of bigoted bullies, both pupils and teachers alike. She describes how one day after being beaten for being a Catholic in the morning and beaten for being a protestant in the afternoon, she eventually fought back. It was a turning point in Alice's life. She became a rebel and beat one of the bullies so badly she ended up in hospital. Not surprisingly they never bothered her again. Who the Hell is Alice? is deep and personal, warts and all. The humour of Alice Barry shines like a beacon on every page but she also shares with the reader her real life tragedies such as the tragic circumstances surrounding the death of her brother Tommy and her husband Terry. Her current relationship with her partner Jeff is also well documented too. They love and respect each other, of that there is no doubt. The only slight twist in their magical bond is that Jeff is gay and their relationship is purely a plutonic one. Alice also takes the reader onto the set of Shameless. The long running Channel 4 show is quite simply a phenomenon and has been an on-going part of her life for over nine years. Alice talks at length about the entire team and her special relationship with Sally Carmen (Kelly Maguire) David Threlfall (Frank Gallagher) Jack Deam (Marty) and Elliott Tittensor (Carl Gallagher.)